Items related to The Opposite House

Oyeyemi, Helen The Opposite House 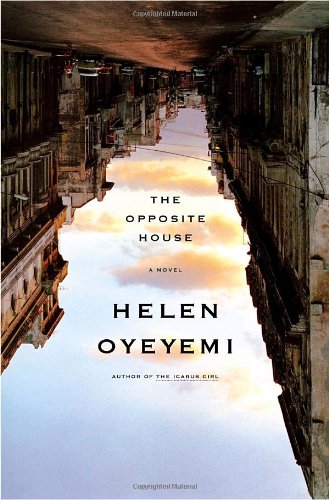 In a dazzling follow-up to The Icarus Girl, Helen Oyeyemi explores the thin wall between myth and reality through the alternating tales of two young women and their search for the truth about faith and identity.
Maja was five years old when her black Cuban family emigrated from the Caribbean to London. Now, almost twenty years later, Maja is a singer, in love with Aaron, pregnant, and haunted by what she calls “her Cuba.” Growing up in London, she has struggled to negotiate her history and the sense that speaking Spanish or English made her less of a black girl. But she is unable to find herself in the Ewe, Igbo, or Akum of her roots. It seems all that’s left is silence.
Meanwhile distance from Cuba has only deepened Maja’s mother faith in Santeria —the fusion of Catholicism and Western African Yoruba religion—but it also divides the family as her father rails against his wife’s superstitions and the lost dreams of the Castro revolution.
On the other side of the reality wall, Yemaya Saramagua, a Santeria emissary, lives in a somewherehouse with two doors: one opening to London, the other to Lagos. Yemaya is troubled by the ease with which her fellow emissaries have disguised themselves behind the personas of saints and by her inability to recognize them.
Lyrical and intensely moving, The Opposite House is about the disquiet that follows us across places and languages, a feeling passed down from mother and father to son and daughter.

"Complex, challenging, utterly thrilling." --The Miami Herald"A startling literary prodigy. . . . [Oyeyemi] has the ability to shift between realism and expressionism without surrendering to self-indulgence. . . . Recalls the visionary worlds of Emily Dickinson, Neruda and even Rimbaud." --The Washington Post Book World "Beautiful, meandering. . . . [A novel] about the difficulties of knowing who you are, especially if you are born of several incompatible cultures." --The Times (London)"Again displays [Oyeyemi's] amazing sure-handedness that is far beyond her years." --Seattle Post-Intelligencer

HELEN OYEYEMI was born in Nigeria in 1984 and has lived in London since the age of four. She wrote her widely acclaimed first novel, The Icarus Girl, before her nineteenth birthday and graduated from Cambridge University in 2006.

1. THE OPPOSITE HOUSE A Novel

2. THE OPPOSITE HOUSE: A NOVEL