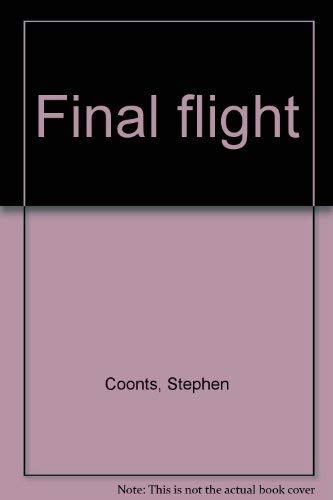 The most daring -- and deadly -- terrorist plot of all time is about to unfold aboard the supercarrier USS United States. If it succeeds, the balance of nuclear power will tilt in favor of a remorseless Arab leader. And it looks as if no one can stop it - except navy "jet jock" Jake Grafton. "Cag " Grafton is one helluva pilot. His F-14 Tomcat is one helluva plane. But some of Jake's crewmates have already vanished. A woman reporter who boarded the ship in Tangiers may not be who she claims to be. And Jake may have to disobey a direct order from the President himself for one spine-tingling, hair-raising Final Flight
From the Paperback edition.

A top-notch, edge-of-the-seat Jake Grafton thriller from the bestselling author of LIBERTY.

Stephen Coonts is a former naval aviator who flew combat missions during the Vietnam War. His previous novels have been worldwide bestsellers. A former attorney, he resides with his wife and son in Las Vegas, Nevada.

1. WE STAND ON GUARD