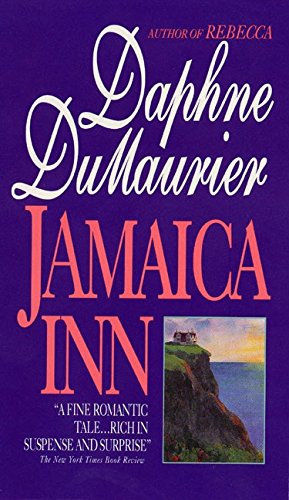 The coachman tried to warn her away from the ruined, forbidding place on the rainswept Cornish coast. But young Mary Yellan chose instead to honor her mother's dying request that she join her frightened Aunt Patience and huge, hulking Uncle Joss Merlyn at Jamaica Inn. From her first glimpse on that raw November eve, she could sense the inn's dark power. But never did Mary dream that she would become hopelessly ensnared in the vile, villainous schemes being hatched within its crumbling walls -- or that a handsome, mysterious stranger would so incite her passions ... tempting her to love a man whom she dares not trust.

"A fine romantic tale...Rich in suspense and surprise"--" The New York Times Book Review""One of the most entertaining writers of the century"" Chicago Daily News"