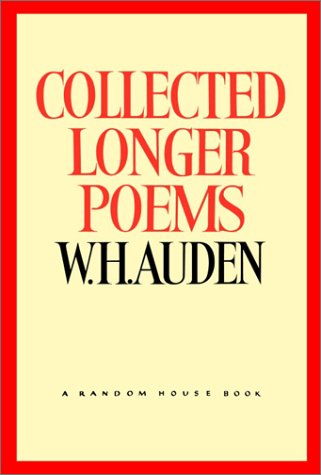 One of the modern masters of the extended poem, W. H. Auden has selected for this volume the longer poems he originally published between 1930 and 1947, which are among his most enduring achievements, both for their technical virtuosity and for the emotional and intellectual precision with which he dissects the spiritual illnesses of our times. Collected Longer Poems includes Paid on Both Sides, Letter to Lord Byron, For the Time Being, The Sea and the Mirror, and The Age of Anxiety.

With its companion volume, Collected Shorter Poems, published by Random House in 1967, this collection represents all of his past work that Auden wishes to preserve.

This edition is set from the first American edition of 1969 and commemorates the seventy-fifth anniversary of Random House.

W. H. Auden's Collected Longer Poems is a new edition of longer poems, from one of the UK's most cherished poets.

W. H. auden (1907-1973) was one of the wittiest and most worldly of English poetry's great twentieth century masters. His work ranges from the political to the religious, from the urbane to the romantic. He is also, with his exhilarating lyrical power and his understanding of love and longing in all their sacred and profane guises, an exemplary champion of human wisdom in its encounter with the mysteries of experience. More than any other poet, Auden used his poetry as an instrument to study the massive forces, dramas, and upheavals of the twentieth century,  and his work displays an astonishing range of voice and breath of concern.
From the Cassette edition.