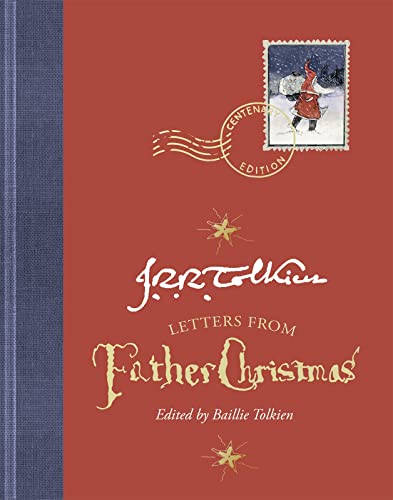 For fans of Tolkien and lovers of Christmas holidays, Letters from Father Christmas is a gorgeous, festive gift featuring all of the letters that J.R.R. created for his children for the first time in one book along with other archival elements. Published on the 100th anniversary of the first letter Tolkien sent to his firstborn, John, in 1920, this handsome hardcover will also include an introduction from granddaughter Baillie Tolkien, who reflects on the centenary anniversary of the letters, as well as a personal note by J.R.R. reproduced for the first time.

"Will appeal to any kids whose appreciation of new worlds hasn't been blighted by Action Man and enlightened schoolteachers."
--Terry Pratchett, Bath and West Evening Chronicle

"Tolkien at his relaxed and ingenious best"
--The Times

J.R.R. TOLKIEN (1892-1973) is the creator of Middle-earth and author of such classic and extraordinary works of fiction as The Hobbit, The Lord of the Rings, and The Silmarillion. His books have been translated into more than fifty languages and have sold many millions of copies worldwide.