Items related to FAREWELL MY LOVELY 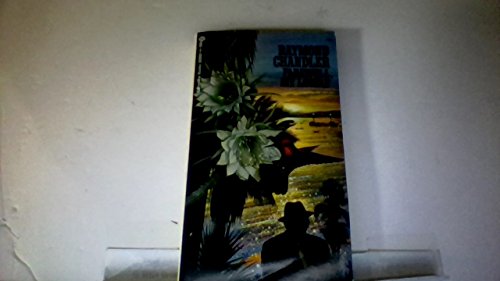 This is one of Chandler’s most famous crime novels featuring the detective Philip Marlowe, who’s about to give up on a completely routine case when he finds himself in the wrong place at the right time to get caught up in a murder that leads to a ring of jewel thieves, another murder, a fortune-teller, a couple more murders, and more corruption than your average graveyard. Raymond Thornton Chandler was a British-American novelist and screenwriter. At age forty-four, Raymond Chandler decided to become a detective fiction writer after losing his job as an oil company executive during the Depression. In addition to his short stories, Chandler published seven full novels during his lifetime, his first novel being The Big Sleep, and all but Playback have been made into motion pictures. Chandler had an immense stylistic influence on American popular literature, and is considered by many to be a founder, along with Dashiell Hammett, James M. Cain and other Black Mask writers, of the hard-boiled school of detective fiction. His protagonist, Philip Marlowe, along with Hammett’s Sam Spade, is considered by some to be synonymous with “private detective,” both having been played on screen by Humphrey Bogart, whom many considered to be the quintessential Marlowe. Some of Chandler’s novels are considered important literary works, and three are often considered masterpieces: Farewell, My Lovely, The Little Sister, and The Long Goodbye, the latter being praised within an anthology of American crime stories as “arguably the first book since Hammett’s ‘The Glass Key’ ... to qualify as a serious and significant mainstream novel that just happened to possess elements of mystery”.

'Anything Chandler writes about grips the mind from the [start].' (The Daily Telegraph)

'One of the greatest crime writers, who set standards others still try to attain.' (The Sunday Times)

'Chandler is an original stylist, creator of a character as immortal as Sherlock Holmes.' (Anthony Burgess)

Farewell, My Lovely is a classic novel by Raymond Chandler, the master of hard-boiled crime.