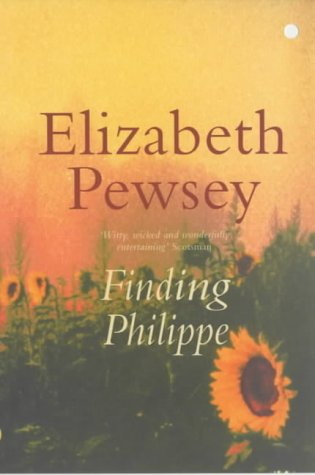 It is the late nineteen-forties, and Vicky Hampden leaves the rationing and gloom of post-war London and goes to France to look for her wartime lover, Philippe d'Icère. Unsure if he's dead or alive, she's determined either to find him or to find out how and why he died.
But stirring up the ghosts of war isn't always safe, and Vicky's powerful and sinister father sends a young lawyer, Julius Drummond, to make her return to England. However, Julius has his own reasons for being interested in Philippe's fate, and instead of persuading her to go back to London, he encourages Vicky in her search. It leads them to the south of France, where memories of the Resistance are still fresh, and Vicky discovers not only how many people had reason to want Philippe dead, but just how far they are prepared to go to keep the truth hidden.

A tantalising tale of danger, intrigue and discovery set in post-war Paris and the Languedoc

Elizabeth Pewsey was born in Chile, educated in Calcutta, London and at St Hilda's College, Oxford, She has worked as a civil servant and publisher, ran a youth orchestra for two years, and has lived in two cathedral cities - York and Wells - with her husband, their son, who was a cathedral chorister, and daughter.

Book Description Paperback. Condition: Good. The book has been read but remains in clean condition. All pages are intact and the cover is intact. Some minor wear to the spine. Seller Inventory # GOR002663257

Book Description Flame. Paperback. Condition: Good. A copy that has been read, but remains in clean condition. All pages are intact, and the cover is intact. The spine may show signs of wear. Pages can include limited notes and highlighting, and the copy can include previous owner inscriptions. At ThriftBooks, our motto is: Read More, Spend Less. Seller Inventory # G034071865XI3N00

Book Description -. Paperback. Condition: Very Good. Finding Philippe This book is in very good condition and will be shipped within 24 hours of ordering. The cover may have some limited signs of wear but the pages are clean, intact and the spine remains undamaged. This book has clearly been well maintained and looked after thus far. Money back guarantee if you are not satisfied. See all our books here, order more than 1 book and get discounted shipping. Seller Inventory # 7719-9780340718650

Book Description Hodder Paperbacks 06/12/2001, 2001. Paperback. Condition: Very Good. Shipped within 24 hours from our UK warehouse. Clean, undamaged book with no damage to pages and minimal wear to the cover. Spine still tight, in very good condition. Remember if you are not happy, you are covered by our 100% money back guarantee. Seller Inventory # 6545-9780340718650

Book Description Paperback. Condition: Very Good. The book has been read, but is in excellent condition. Pages are intact and not marred by notes or highlighting. The spine remains undamaged. Seller Inventory # GOR003001351

Book Description Hodder Paperbacks, 2001. Paperback. Condition: Used; Good. **SHIPPED FROM UK** We believe you will be completely satisfied with our quick and reliable service. All orders are dispatched as swiftly as possible! Buy with confidence!. Seller Inventory # 1484810