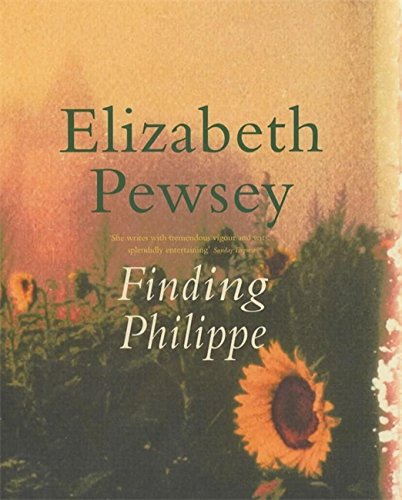 In the late 1940s, Vicky Hampden leaves the gloom of post-war London and goes to France to look for her wartime lover, Philippe d'Icère. Unsure if he's dead or alive, she's determined either to find him or to find out how and why he died.

But stirring up the ghosts of war isn't always safe, and Vicky's powerful and sinister father sends a young lawyer, Julius Drummond, to find Vicky and make her return to England. However, Julius has his own reasons for being interested in the fate of Philippe d'Icère, and instead of persuading her to go home, he encourages Vicky in her search. Their inquiries lead them to the south of France, where memories of the Resistance and of collaborators are still fresh, and it is there that Vicky discovers not only how many people had reason to want Philippe dead, but just how far they are now prepared to go to prevent the truth being revealed.

A tantalising tale of danger, intrigue and discovery set in post-war Paris and the Languedoc

Elizabeth Pewsey was born in Chile, educated in Calcutta, London and at St Hilda's College, Oxford, She has worked as a civil servant and publisher, ran a youth orchestra for two years, and has lived in two cathedral cities - York and Wells - with her husband, their son, who was a cathedral chorister, and daughter.

Buy Used
Condition: Very Good
Finding Philippe This book is in... Learn more about this copy

Book Description -. Hardcover. Condition: Very Good. Finding Philippe This book is in very good condition and will be shipped within 24 hours of ordering. The cover may have some limited signs of wear but the pages are clean, intact and the spine remains undamaged. This book has clearly been well maintained and looked after thus far. Money back guarantee if you are not satisfied. See all our books here, order more than 1 book and get discounted shipping. Seller Inventory # 7719-9780340718643

Book Description Hodder & Stoughton, 2001. Hardcover. Condition: Good. EX-LIBRARY. MAY HAVE USUAL LIBRARY PARAPHERNALIA. MAY HAVE FLYLEAF MISSING. MAY OR MAY NOT HAVE A DUST JACKET Usual signs of a well read book but good overall condition. May not look good on your bookcase after reading and probably not suitable as a present unless hard to find elsewhere MOST IMAGES ARE STOCK PHOTOS. IF YOU NEED A PARTICULAR EDITION PLEASE SEND US A MESSAGE BEFORE PURCHASING SO THAT WE CAN CHECK THAT THE ONE ON OFFER IS THE ONE YOU REQUIRE. SECURE DAILY POSTING FROM UK. 30 DAY GUARANTEE. Seller Inventory # mon0002584233