Items related to The Wars of German Unification (Modern Wars) 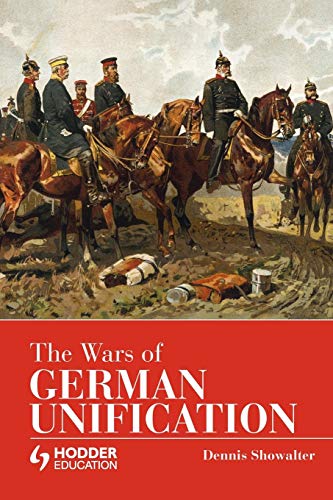 Taken together, three wars fundamentally altered the balance of power in nineteenth-century Europe: the Schleswig-Holstein conflict of 1864; the 'Six Weeks' War' of 1866; and the Franco-Prussian War of 1870-71. They marked the establishment of Prussian hegemony in central Europe, the creation of the Bismarckian Reich in 1871, and as a by-product the reduction of Habsburg influence and the collapse of Napoleon III's Second Empire.
Dennis Showalter gives a full account of the international context as well as of the wars themselves and their consequences. Some of his arguments shed new light on the history of the period. He suggests, for instance, that in 1870 the contending armies were better matched than most historians concede: that the second Reich was thus founded in uncertainty - an uncertainty that shaped and characterised it throughout its existence.

This is a wonderful book, one that reveals a distinguished military historian in his prime. It is well researched and cogently argued, yet also witty and often on the edge. (Holger H. Herwig 2004-05-10)

The thoroughness and sustained attention to detail he has brought to this task will be as novel to most political and social historians as to their military colleagues. This is an indispensable contribution, not only to the history of war, but to European history as a whole. (The Times Literary Supplement 2004-11-05)