Items related to Pigeon Among the Cats

Bell, Josephine Pigeon Among the Cats

Pigeon Among the Cats 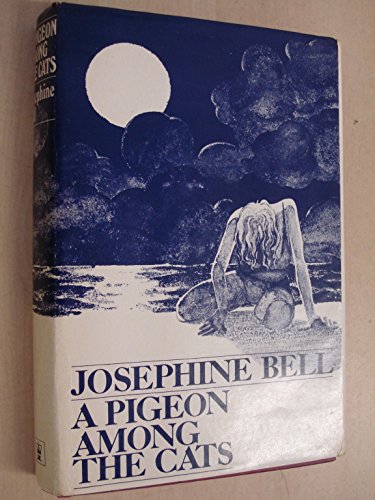 Rose Lawler was a retired schoolmistress but, fortunately for her on at least two occasions, still in very good shape. The charter tour of Italy which was meant to be so easy and relaxing turned out quite otherwise. For the English party were being used as cover for Gwen Chilton, luckless tool of a criminal, and it was soon being shadowed by another character whose motives were dubious. Rose's wide sympathies and alertness brought her under suspicion of knowing too much.

From one of the founding members of the Crime Writers' Association.

Josephine Bell was born Doris Bell Collier in Manchester, England. Between 1910 and 1916 she studied at Godolphin School, then trained at Newnham College, Cambridge until 1919. At the University College Hospital in London she was granted M.R.C.S. and L.R.C.P. in 1922, and a M.B. B.S. in 1924.

Many of her short stories appeared in the London Evening Standard. Using her pen name she wrote numerous detective novels beginning in 1936, and she was well-known for her medical mysteries. Her early books featured the fictional character Dr. David Wintringham who worked at Research Hospital in London as a junior assistant physician. She helped found the Crime Writers' Association in 1953 and served as chair during 1959-60.

1. Pigeon Among the Cats

Book Description Hodder & Stoughton Ltd, 1974. Condition: Good. First Edition. Ships from the UK. Former Library book. Shows some signs of wear, and may have some markings on the inside. Seller Inventory # GRP76353910

2. A Pigeon Among The Cats. A Crime Novel

3. A pigeon among the cats

4. A Pigeon Among The Cats