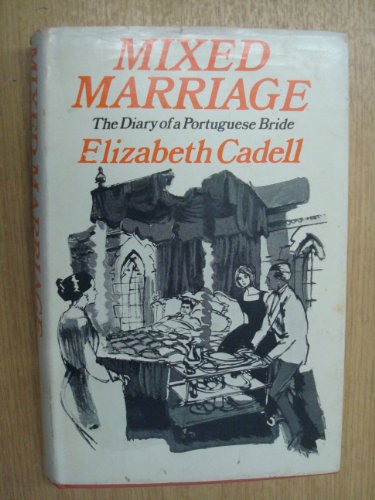 This is the diary of an English girl who falls in love with an eligible young Portuguese, Afonso.  The bride recounts, vividly and hilariously, her and her Mother’s plans for an English country wedding, how they dealt with Uncle George (The Head Of The Family), and their success in making sure that on her wedding day the church was filled with music and flowers (both officially banned due to the “mixed” marriage of a Catholic bridegroom and a Church of England bride).  She subsequently finds herself living on a horse-rearing estate in a rural part of Portugal,  coping with a truculent cook, a primitive kitchen (no electricity, no gas, no fly screens, no taps — unlike the stables, which were far more up-to-date)  and watching a husband gradually turning into a horse before her eyes.... In Lisbon, a four-hour drive away, lived her husband’s parents, his nine brothers and sisters, an unending procession of aunts, uncles and cousins, and a large number of family servants.  She recounts the ups and downs of the early months of her married life at Reinaldo, the family property which she struggles to make her own.   Iron bedsteads, straw mattresses and numerous pictures of the Holy Family gradually make way for chintz, bookshelves, and comfortable veranda furniture; chicken-with-rice-and-peppers are replaced by duck and lemon meringue, though a new young cook is swiftly appropriated by her mother-in-law, which could be thought of (but not by the writer) as a compliment.  Friends and neighbours are also keenly observed in this light-hearted, observant and humorous account of a girl’s path from an English country cottage and a London flat, to love, marriage and motherhood on a traditional country estate in Portugal.