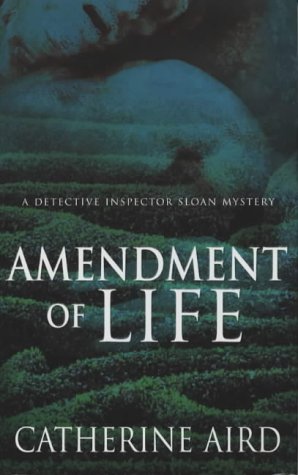 “There are serious issues at the root of the plot but Aird’s touch is as lightly comic as her plot is deftly cunning.” —Jon L. Breen, Ellery Queen’s Mystery Magazine on Stiff News

“A mystery as solid as any Inspector Sloan has ever encountered. A well-plotted resolution and a solid tale.” —Chicago Sun-Times on A Going Concern

“Another lively adventure.... For those who like quiet British procedurals, with the emphasis more on wit and sly turns of phrase than on mean streets, Aird’s series is sure to please.” —Booklist on Little Knell

“Quality writing from a practiced hand.” —Library Journal on After Effects

“Witty and clever.” —Des Moines Register on A Going Concern

Book Description Hardback. Condition: Good. The book has been read but remains in clean condition. All pages are intact and the cover is intact. Some minor wear to the spine. Seller Inventory # GOR003468805

Book Description Hardback. Condition: Fair. A readable copy of the book which may include some defects such as highlighting and notes. Cover and pages may be creased and show discolouration. Seller Inventory # GOR002650048

Book Description Paperback. Condition: Very Good. The book has been read, but is in excellent condition. Pages are intact and not marred by notes or highlighting. The spine remains undamaged. Seller Inventory # GOR003813337

Book Description Macmillan, 2002. Condition: Good. Former Library book. Shows some signs of wear, and may have some markings on the inside. Seller Inventory # GRP12665858

Book Description Macmillan, 2002. Condition: Good. A+ Customer service! Satisfaction Guaranteed! Book is in Used-Good condition. Pages and cover are clean and intact. Used items may not include supplementary materials such as CDs or access codes. May show signs of minor shelf wear and contain limited notes and highlighting. Seller Inventory # 0333907639-2-4