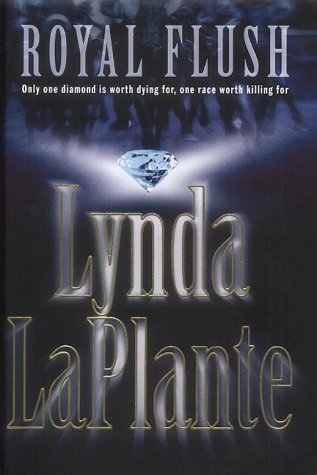 High adventure, furious plotting, blackmail and betrayal . . .'The Colonel' is rumoured to have masterminded several of the most successful robberies in the UK over the last forty years. But who is he?Edward de Jersey, now a wealthy man, owns a very successful racing yard and stud farm and his pride and joy is his horse, Royal Flush, who he has always dreamed will one day win the Derby. But de Jersey's luck runs out when his trusted financial advisor invests his fortune in a fledgling internet company which goes bust, leaving de Jersey with no capital and mounting debts. In danger of losing everything, De Jersey resurrects his criminal past, turning to the internet to find a team of specialists who will help him pull off the most audacious heist in history.

Lynda LaPlante was born in Liverpool. She has written seven previous novels, all of them international bestsellers. She became a household name alter the phenomenally successful 'Widows' on television in the mid-Eighties and in the Nineties with the award-winning 'Prime Suspect'. Her latest book, SLEEPING CRUELTY, was published in hardback by Macmillan in September 2000, and will be out in paperback in March 2001. Recently she won the BAFTA Dennis Potter Writers Award.