Items related to Churchill: A Biography 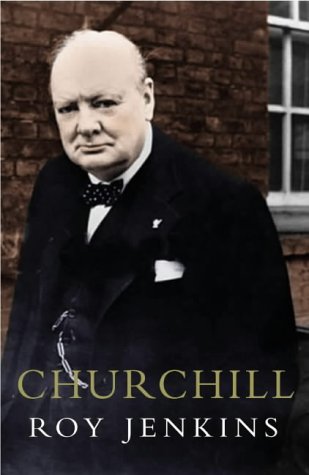 From the admiralty to the miner's strike, from the Battle of Britain to the Nobel Prize, Churchill oversaw some of the most important events the World has ever seen. Roy Jenkins faithfully presents these events, while also managing to convey the contradictions and quirks in Churchill's character.

In depth analysis and brilliant historical research make this a magnificent one-volume biography of an extraordinary life. In some ways a companion piece to his excellent biography of Gladstone, Churchill is packed with insights that only a fellow politician could convey.

Book buyers will never tire of reading about Winston Churchill, for "the greatest adventurer of modern political history" (RA Butler's verdict) led a life of action-packed drama and global significance. Roy Jenkins' Churchill is the latest biography of this great Briton, following closely in the tailwind of Geoffrey Best's Churchill: A Study in Greatness. Where Best restores altitude to Churchill's dipping reputation, seeing off academic critics of the last decade or so, Jenkins provides a jumbo-size old-fashioned biography, lauding his subject's achievements, sympathising with his quirks, and stepping lightly over his well-known mistakes. As he did in his earlier biographies of Dilke, Asquith and Gladstone, Jenkins sticks closely to the published record, utilising in particular the definitive researches of Martin Gilbert, but he brings the authority and the inside knowledge of British politics to his book, slipping in his own memories of Churchill, and his own comparable experience sat the Cabinet table. It is all here, from the Boer Wars to the nuclear bomb, from the hustings in Oldham to the diplomacy of Yalta, with due coverage of the big moments--at the Board of Trade and at the Admiralty in Asquith's peacetime and wartime cabinets, taking on the appeasers in the 1930s and Hitler in the 1940s. All the books are here, and all the political relationships tetchy and touchy alike, from Lloyd George to Baldwin, Smuts to Stalin, and of course, the British people. Like its subject the book is bulky and at times indulgent, but impossible not to enjoy.--Miles Taylor

Roy Jenkins' Churchill is an exhaustive biographical picture of one of the most enigmatic and important figures of the 20th century. From the Admiralty to the miners' strike, from the Battle of Britain to the Nobel Prize, Churchill oversaw some of the most important events the world has ever seen. Roy Jenkins deals with these events in an objective and accessible fashion, while also successfully conveying the contradictions and quirks in Churchill's divided character. In-depth analysis and brilliant historical research make this a striking one-volume biography of an extraordinary life written by a man who knows the cut-throat world of politics very well indeed. As a companion piece to his excellent biography of Gladstone, Jenkins' Churchill is packed with insights that only a fellow politician could convey.