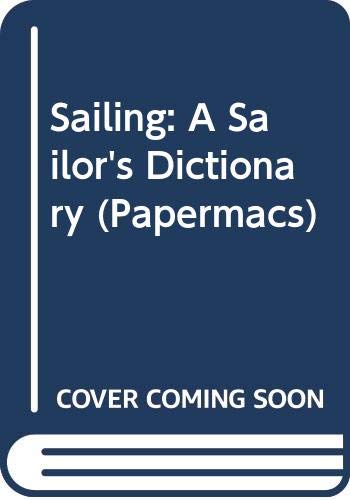 Two of the funniest books ever published on their respective subjects - SAILING and GOLFING - are back. And better than ever. Repackaged in the irresistibly chunky, compulsively readable small square book format, each is a perfect gift for a new generation of obsessives. GOLFING is even funnier than when it was originally published. Now an avid golfer, Henry Beard brings the same passion for improvement to writing about golf as he does to playing it, and he's both added new definitions and rewritten many others. Like whiff - "Familiar term widely misused to describe particularly fast and powerful style of practice swing intentionally made directly over the ball." A classic, SAILING is "...quite simply the funniest book I have ever read" - William F.Buckley Jr. From ahoy - "The first in a series of four-letter words commonly exchanged by skippers as their boats approach each other" to zephyr - "A warm, pleasant breeze named after the mythical Greed god of wishful thinking, false hopes and unreliable forecasts" - it brings new meaning to the things said at sea.

Book Description Macmillan, 1982. Paperback. Condition: Used; Good. Dispatched, from the UK, within 48 hours of ordering. This book is in good condition but will show signs of previous ownership. Please expect some creasing to the spine and/or minor damage to the cover. Grubby book may have mild dirt or some staining, mostly on the edges of pages. Damaged book. Slightly damaged in some way typically, a grazed corner or torn cover. Seller Inventory # CHL6124954

Book Description Paperback. Condition: Very Good. The book has been read, but is in excellent condition. Pages are intact and not marred by notes or highlighting. The spine remains undamaged. Seller Inventory # GOR003152717

Book Description Macmillan Publishers Limited, 1982. Condition: Good. Ships from the UK. Shows some signs of wear, and may have some markings on the inside. Seller Inventory # 6526019-20