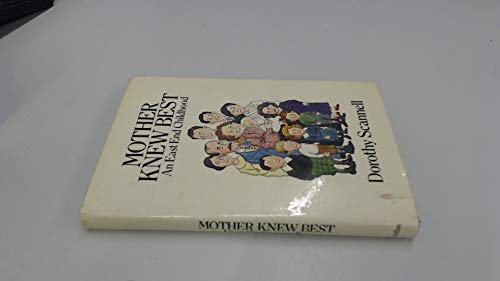 Book Description Hardback. Condition: Very Good. The book has been read, but is in excellent condition. Pages are intact and not marred by notes or highlighting. The spine remains undamaged. Seller Inventory # GOR004159463

Book Description Macmillan, 1974. Condition: Fair. This is an ex-library book and may have the usual library/used-book markings inside.This book has hardback covers. In fair condition, suitable as a study copy. No dust jacket. Please note the Image in this listing is a stock photo and may not match the covers of the actual item,450grams, ISBN:0333165586. Seller Inventory # 8713594

Book Description Macmillan, 1974. Condition: Good. General wear to boards with corners bumped. Content mainly clean with some foxing. Age toned pages throughout with some spotting to page ends. Good DJ with minor edge wear and is loose fitting. Signed and inscribed by author to half title page. Seller Inventory # 9999-9994612255

Book Description Pan Macmillan, United Kingdom, London, 1974. Paperback. Condition: Fair. A readable copy of the book which may include some defects such as highlighting and notes. Cover and pages may be creased and show discolouration. Seller Inventory # GOR003607598

Book Description Pan Macmillan, United Kingdom, London, 1974. Paperback. Condition: Good. The book has been read but remains in clean condition. All pages are intact and the cover is intact. Some minor wear to the spine. Seller Inventory # GOR003728590

Book Description Macmillan, 1974. Hardcover. Condition: Very Good. Dust Jacket Condition: Good. 1st Edition. 'Cheer up,' said Mother. 'Don't make your unhappy life miserable.' Before Jennifer Worth and other East End memoirists, there was Dorothy 'Dolly' Scannell. In the East End of Dolly's childhood, people met poverty and hardship with unfailing optimism and humour. Dolly grew up with nine brothers and sisters, her father - a plumber who believed that 'all aristocratic men were disease-ridden and possessed bald-headed wives because of the rich food and wine they consumed' - and of course Mother, who cared for her large brood with rare wisdom, laughter, and unbounded love. The menagerie also occasionally included members of the animal kingdom, but no mere cats and dogs - instead there were chinchillas, cannibalistic chickens, a ferocious eel kept in a pail of water, and even, eventually, the pride of mother's wardrobe, a kangaroo-fur coat. With the sure touch of a natural story-teller, who combines a perfect memory with a true writer's gift, Dolly vividly recreates her childhood world: the streets in which she played - and the playground where she was rescued from a child molester; the local shops and the adulterated goods sold within; the new house that her father was going to pay for with his ever-madder schemes to make a fortune, such as a revolutionary kind of truss. 182 pages. Seller Inventory # 350467

Book Description Macmillan first VG/Good edgewear & tears to dj price clipped protective covered 182pp 8 5 x 5 5 375g, 1974. Dorothy Chegwidden grew up in the East End of London with her nine brothers and sisters. The book is full of happy childhood memories as well as dramas which beset the whole family at one time or another. It is funny and nostalgic, the author, whose maiden name was Chegwidden, is the subject of the book. Seller Inventory # 4670