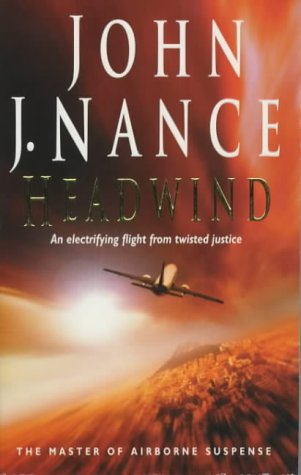 As a Boeing 737 noses into its gate at Athens airport, the crew is suddenly confronted by Greek officials intent on removing one of their passengers - a former US President. Fearing the man's life may be in danger, Captain Craig Dayton stages an uncleared take-off down a vacant runway.

There's an Interpol warrant out for John Harris's arrest, which would extradite him to Peru to face a show trial on charges of condoning torture and murder while at the White House. Almost every nation is obliged to honour that warrant, ensuring his public humiliation and imprisonment on a dubious charge.

Sill determined to protect him, Dayton and his crew commence a round-the-clock mission - from Greece to Sicily to Ireland - seeking some safe haven for this newest international pariah. Meanwhile, at ground level, Harris's dishevelled lawyer is wrestling single-handed with an international elite of legal sharks snapping for their biggest prize yet.

A routine passenger aircraft embroiled in a terrifying political game of cat-and-mouse, as the entire world looks on aghast. A Boeing 737 is awaiting take-off from Athens on Its way to Rome, when news arrives that its most distinguished passenger is about to be arrested. Former US President John B. Harris is to be dragged off to face a show trial in South America, accused of endorsing torture and murder. The captain, US citizen Craig Dayton, makes a snap decision and gets them rapidly out of there. But where to next, when a sworn enemy will have an arresting agent waiting at any airport they decide to land at. The only safe haven is America itself, but too far away for their fuel supplies. With Dayton in the cockpit and lawyer Jay Reinhart on the ground, every option and avenue will need to be investigated to keep the exPresident from reaching a destination he may never return from. But, as Reinhart occasionally wonders, is John Harris really innocent?