Items related to Death Of A River Guide

Death Of A River Guide 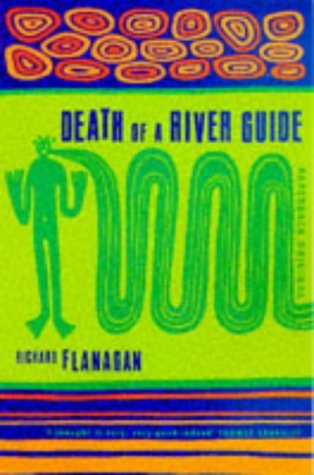 The story of Aljaz Cosini, a Tasmanian river guide who, as he lies drowning beneath a waterfall, sees his life - and the lives of his family - flash before him.

"A torrent of a book – take the plunge" (Independent)

"This novel of spiritual desolation and redemption gathers such an awesome, tragic momentum that the fantastical aspects seem as crucial to the story as do the raging rivers, sheer gorges and imposing rainforests" (Washington Post)

"Death of a River Guide is possessed of both a fierce, seething energy and a limpid, unexpected tranquillity" (Irish Times)

Book Description Picador. Paperback. Condition: Fair. A readable copy. All pages are intact, and the cover is intact. Pages can include considerable notes-in pen or highlighter-but the notes cannot obscure the text. At ThriftBooks, our motto is: Read More, Spend Less. Seller Inventory # G0330352822I5N00

3. Death of a River Guide