Items related to The Magus 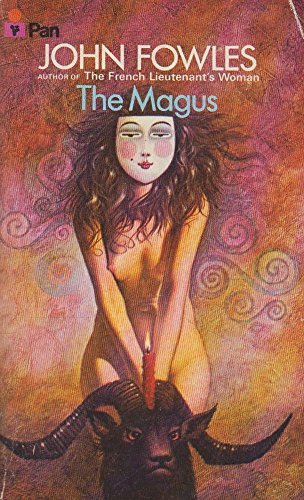 On a remote Greek Island, Nicholas Urfe finds himself embroiled in the deceptions of a master trickster. As reality and illusion intertwine, Urfe is caught up in the darkest of psychological games. John Fowles expertly unfolds a tale that is lush with over-powering imagery in a spellbinding exploration of human complexities. By turns disturbing, thrilling and seductive, The Magus is a feast for the mind and the senses.

"A major work of mounting tensions in which the human mind is the guinea-pig... Mr Fowles has taken a big swing at a difficult subject and his hits are on the bull's eye" (Sunday Telegraph)

"One of those that's best read as a teenager, but once read you'll never forget it" (Katy Guest The Independent)

Book Description Paperback. Condition: Fair. First published by Cape in 1966, a novel in which a man on a remote Greek island finds himself embroiled in the deceptions of a master trickster, where surreal threads weave ever tighter as reality and illusion intertwine in a bizarre psychological game. From the author of THE FRENCH LIEUTENANT'S WOMAN, A MAGGOT and MANTISSA. A readable copy of the book which may include some defects such as highlighting and notes. Cover and pages may be creased and show discolouration. Seller Inventory # GOR002768641