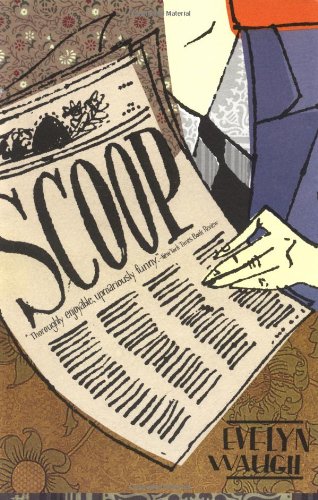 In "Scoop, " surreptitiously dubbed "a newspaper adventure, " Waugh flays Fleet Street and the social pastimes of its war correspondants as he tells how William Boot became the star of British super-journalism an how, leaving part of his shirt in the claws of the lovely Katchen, he returned from Ishmaelia to London as the "Daily's Beast's" more accoladed overseas reporter.

Evelyn Waugh (1903-1966), whom Time called "one of the century's great masters of English prose," wrote several widely acclaimed novels as well as volumes of biography, memoir, travel writing, and journalism. Three of his novels, A Handful of Dust, Scoop, and Brideshead Revisited, were selected by the Modern Library as among the 100 best novels of the twentieth century.