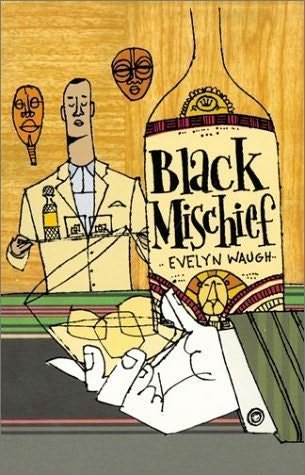 "We are Progress and the New Age. Nothing can stand in our way." When Oxford-educated Emperor Seth succeeds to the throne of the African state of Azania, he has a tough job on his hands. His subjects are ill-informed and unruly, and corruption, double-dealing, and bloodshed are rife. However, with the aid of Minister of Modernization Basil Seal, Seth plans to introduce his people to the civilized ways of the west-but will it be as simple as that?Profound hilarity ensues from the issuance of homemade currency, the staging of a "Birth Control Gala," the rightful ruler's demise at his own rather long and tiring coronation ceremonies, and a good deal more mischief.

Evelyn Waugh (1903-1966), whom "Time" called "one of the century's great masters of English prose," wrote several widely acclaimed novels as well as volumes of biography, memoir, travel writing, and journalism. Three of his novels, "A Handful of Dust, Scoop, "and" Brideshead Revisited, " were selected by the Modern Library as among the 100 best novels of the twentieth century.