Items related to Vermilion Gate: An Extraordinary Story of Growing Up...

Mu, Aiping Vermilion Gate: An Extraordinary Story of Growing Up in Communist China

Vermilion Gate: An Extraordinary Story of Growing Up in Communist China 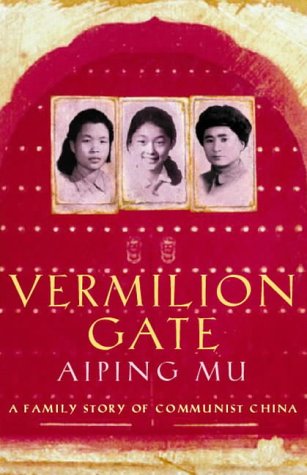 Aiping Mu was born to parents prominent in the Communist hierarchy - her father was Political Commissar of armoured forces in north China and a well-known novelist, and her mother ran one of Beijing's major universities - and in her early years lived the pampered life of the Party elite: luxury housing, guards, servants and private schooling. Both parents were considered intellectuals within the Party and from the start experienced the factional infighting and periodic purges which culminated decades later in the Cultural Revolution and the break-up of the family. Aiping herself was one of the first Red Guards before being denounced as a delinquent teenager and exiled to a remote province. In the guise of following one family's rising and falling fortunes VERMILION GATE tells the story of modern China itself, written from the perspective of one who grew up close to the seat of power in history (whether as revolutionaries or Red Guard). With rare insights into the life of the political elite and the mechanics of power and patronage in Beijing, the focus is also upon more domestic issues such as the family and the role of women in this unique and powerfully moving book.

Through the clear eyes and rather dispassionate voice of Aiping Mu is revealed her family's story and the idiosyncrasies, privations, optimism and horrors of life in 20th-century China. Now in England, where she has gained a PhD, Aiping has land-owning forebears--a fact which would haunt her family after the rise of Communism. Her parents were early converts to Communism who were given senior status by the Party only to be later persecuted, imprisoned and tortured during the Cultural Revolution when even combed hair was considered a sign of a hated bourgeois intellectual. Aipings childhood was privileged, but her teenage years, when she joined the Red Guard, a struggle. By the time she was recruited to the army and achieved a university place to study medicine, she had endured years of political persecution, humiliation, family separations and rural starvation. Her adult life was made miserable by a disastrous marriage and the painful disintegration of her family.

Vermilion Gate seems unsparingly honest about Chinese society, the traumatic breakdown of a family and Aipings ultimate loss of faith in Communism. It describes a world which, to Western eyes, at times seems almost that of a folk tale it is so unfamiliar. A work of biblical proportions, reading this saga requires a degree of stamina, but the committed will be enriched by a far greater understanding of the culture and history of this totally different world. --Karen Tiley

Mu's life story is so remarkable that even the barest outline is difficult to absorb . . . comparisons to Jung Chang's Wild Swans are inevitable, but Mu's book is similar only in that it is long and gripping . . . it provides a rare glimpse of life in the highest revolutionary circles (THE TIMES)

A gripping tale. (IRELAND ON SUNDAY)