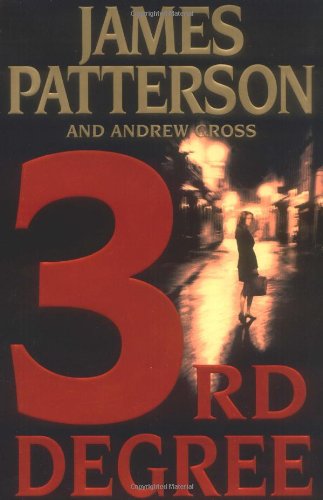 Detective Lindsay Boxer, Assistant D.A. Jill Bernhardt, and the other members of the Women's Murder Club race against time to find out who is responsible for a series of violent incidents, all with links to political terrorism and the sinister "August Spies," before the start of an upcoming economic summit of the world's most powerful nations in San Francisco. 1,250,000 first printing.

'[James Patterson] defies expectations in a shocking way. Readers will love him for it...clever manipulation of an audience serves Patterson as well as it served Hitchcock: his fans will only clamor for more' Publishers Weekly, 23/2/04 (Publishers Weekly)

'James Patterson has evolved and refined a medium of his own: the crime thriller that moves faster than a book, but not quite as fast as an hour of television...does it keep you reading? I found I couldn't stop, in an obsessive-compulsive way' Sydney Morning Herald, 1/5/04 (Sydney Morning Herald)

'This book won't disappoint. It's no surprise that it's still at the top of the bestsellers list' Burnie Advocate, 12/4/04 (Burnie Advocate)

One of the best-loved heroines from the Women's Murder Club is about to die. Which one will it be?

Book Description Hardcover. Condition: New. Detective Lindsay Boxer is jogging along a beautiful San Francisco street when a fiery explosion rips through the neighborhood. A town house owned by an Internet millionaire is immediately engulfed in flames, and when Lindsay plunges inside to search for survivors, she finds three people dead. An infant who lived in the house cannot be found and a mysterious message at the scene leaves Lindsay and the San Francisco Police Department completely baffled. Seller Inventory # 9780316603577