Items related to The Survivor 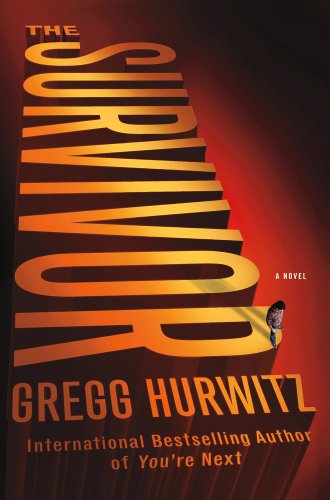 The #1 international bestselling author of You’re Next, unleashes his most accomplished, compelling thriller yet One morning in Los Angeles, Nate Overbay—a divorced former solider suffering from PTSD and slowly dying from ALS — goes to an eleventh-floor bank, climbs out of the bathroom window onto the ledge, and gets ready to end it all. But as he’s steeling himself, a crew of robbers bursts into the bank and begins to viciously shoot employees and customers. With nothing to lose, Nate confronts the robbers, taking them out one-by-one. The last man standing leaves Nate with a cryptic warning.

Nate soon learns what that message meant. He is kidnapped by Pavlo, a savage Russian mobster and mastermind of the failed heist. Unable to break back into the bank to get the critical item inside, Pavlo gives Nate an ultimatum—break in and get what he needs or watch Pavlo slowly kill the one thing Nate loves most—his ex-wife Janie and his teenaged daughter Cielle—both lost when he came back from Iraq broken and confused. Now he’s got one last chance to protect the people he loves, even if it’s the last thing he is able to do.

Hurwitz takes you on a rollercoaster ride from masked gunmen to an escaped killer. Guaranteed to have you so enthralled miss your stop on the bus (Rolling Stone)

A very entertaining thriller writer in the mould of Harlan Coben . . . grabs the reader by the throat and does not relinquish its grip. The story hurtles along and the suspense does not let up until the final gunshot (Sunday Canberra Times)

The new thriller following the stupendous success of You're Next