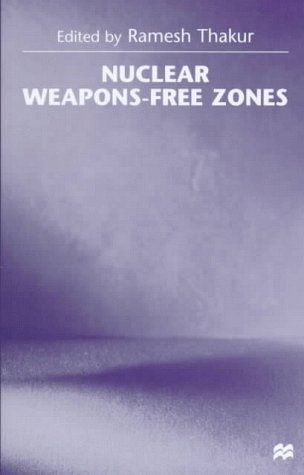 Almost the entire southern hemisphere is now covered by nuclear-weapon-free zones. The ones in Latin America and the South Pacific were established during the Cold War, those in Southeast Asia and Africa after its ending. Zones have also been proposed, so far without success, for the Middle East, South Asia and Northeast Asia. In this book, analysts from within the respective regions explore the reasons for success and failure in the establishment of the zone, and their utility and limitations as stepping stones to a nuclear-weapon-free world.

DIPANKAR BANERJEE AVSM, formerly Deputy Director of the Institute for Defence Studies and Analyses, New Delhi. MICHAEL HAMEL-GREEN Associate Professor in the Department of Social and Community Studies at Victoria University of Technology in Melbourne CAROLINA G. HERNANDEZ Professor of International Relations at the University of the Philippines and President of the Institute for Strategic and Development Studies in Manila JULIUS O. IHONVBERE Program Officer in the Peace and Social Justice Program of the Ford Foundation in New York IBRAHIM A. KARAWAN Associate Professor of Political Science at the University of Utah, Salt Lake City BON-KAK KOO Research Fellow at the Korea Institute for Defence Analyses (KIDA) TERENCE O'BRIEN Foundation Director of the Centre for Strategic Studies in Wellington NAOKO SAJIMA Research Professor at the National Institute for Defence Studies, Japan MONICA SERRANO Senior Lecturer at El Colegio de Mexico GERALD M. STEINBERG Professor of Political Studies and Director of Arms Control and Non-Proliferation Research at the Begin-Sadat Center for Strategic Studies SAMINA YASMEEN Senior Lecturer in International Politics at the University of Western Australia