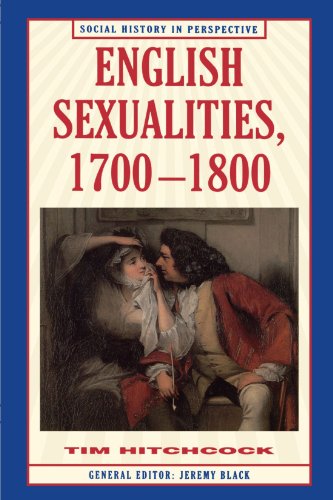 The eighteenth century witnessed the birth of the first recognisably modern sexual identities. This book charts the development of those identities through the examination of pornography, sexual practice, medical belief, social policy and the cultures of homosexuality, lesbianism and heterosexuality. It concludes that the century saw a sexual revolution in which sexual practice itself changed.

A historiography charting the evolution of sexual identities in the 18th century. Hitchcock (history, U. of North London) examines pornography, sexual practice, medical belief, social policy, homosexuality, lesbianism, and heterosexuality, drawing from each an historical thesis that underlines English culture's adoption of rigid divisions between m

Tim Hitchcock is a reader in 18th-century history at the University of Hertfordshire.