Items related to Americanah (ALA Notable Books for Adults)

Americanah (ALA Notable Books for Adults) 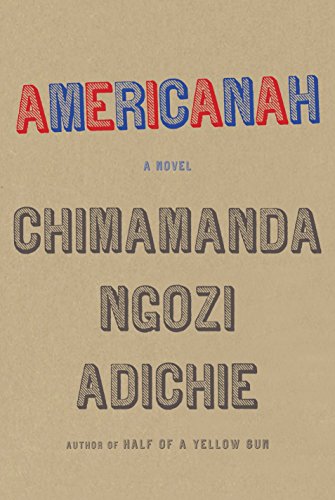 "What's as American as the invention of race? Self-invention. So we are reminded by Adichie's engaging third novel . . . Adichie is uniquely positioned to compare racial hierarchies in the United States to social striving in her native Nigeria. She does so in this new work with a ruthless honesty about the ugly and beautiful sides of both nations. Americanah is social satire masquerading as romantic comedy. . . . Beyond race, the book is about the immigrant's quest: self-invention, which is the American subject. Americanah is unique among the booming canon of immigrant literature of the last generation (including writers Junot Díaz, Jhumpa Lahiri, Gary Shteyngart, Chang-rae Lee, Dinaw Mengestu and Susan Choi). Its ultimate concern isn't the challenge of becoming American or the hyphenation that requires, but the challenge of going back home. . . . Affecting." --Emily Raboteau, The Washington Post

Chimamanda Ngozi Adichie grew up in Nigeria. Her work has been translated into thirty languages and has appeared in various publications, including The New Yorker, Granta, The O. Henry Prize Stories, the Financial Times, and Zoetrope: All-Story. She is the author of the novels Purple Hibiscus, which won the Commonwealth Writers' Prize and the Hurston/Wright Legacy Award, and Half of a Yellow Sun, which won the Orange Prize and was a National Book Critics Circle Award Finalist, a New York Times Notable Book, and a People and Black Issues Book Review Best Book of the Year; and, most recently, the story collection The Thing Around Your Neck. A recipient of a MacArthur Fellowship, she divides her time between the United States and Nigeria.

2. Americanah (ALA Notable Books for Adults)

3. Americanah (ALA Notable Books for Adults)

5. Americanah: A novel (ALA Notable Books for Adults)

6. Americanah (Ala Notable Books for Adults)

8. Americanah: A novel (ALA Notable Books for Adults)

Book Description Hardcover. Condition: new. Hardcover. One of The New York Times Book Review's Ten Best Books of the Year LONGLISTED 2015 - International IMPAC Dublin Literary Award From the award-winning author of Half of a Yellow Sun, a dazzling new novel: a story of love and race centered around a young man and woman from Nigeria who face difficult choices and challenges in the countries they come to call home. As teenagers in a Lagos secondary school, Ifemelu and Obinze fall in love. Their Nigeria is under military dictatorship, and people are leaving the country if they can. Ifemelu--beautiful, self-assured--departs for America to study. She suffers defeats and triumphs, finds and loses relationships and friendships, all the while feeling the weight of something she never thought of back home: race. Obinze--the quiet, thoughtful son of a professor--had hoped to join her, but post-9/11 America will not let him in, and he plunges into a dangerous, undocumented life in London. Years later, Obinze is a wealthy man in a newly democratic Nigeria, while Ifemelu has achieved success as a writer of an eye-opening blog about race in America. But when Ifemelu returns to Nigeria, and she and Obinze reignite their shared passion--for their homeland and for each other--they will face the toughest decisions of their lives. Fearless, gripping, at once darkly funny and tender, spanning three continents and numerous lives, Americanah is a richly told story set in today's globalized world: Chimamanda Ngozi Adichie's most powerful and astonishing novel yet. A young woman from Nigeria leaves behind her home and her first love to starta new life in America, only to find her dreams are not all she expected. Shipping may be from multiple locations in the US or from the UK, depending on stock availability. Seller Inventory # 9780307271082

10. Americanah: A novel (ALA Notable Books for Adults)