Items related to Egyptian Book of the Dead (Mini Albums) 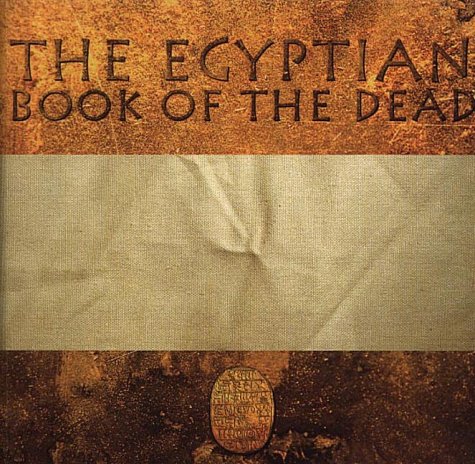 The collections of charms, formulas, hymns and spells designed to accompany the dead of Ancient Egypt on their journey to the afterlife have always exerted a powerful fascination on modern generations. Written on papyrus, inscribed on the walls of tombs and sarcophagi, or engraved on amulets, these texts with their vignette illustrations give us unparalleled insights into the ideas, beliefs and religious systems of the magnificent civilizations that flourished from 1600BC to 900BC. The Books of the Dead were regarded as all-powerful guides along the roads that passed through death and the grave to lead to the realms of light and life, into the presence of the divine Osiris, the conqueror of death, and his consort Isis.

The Egyptian Book of the Dead is unquestionably one of the most influential books in all history. Embodying a ritual to be performed for the dead, with detailed instructions for the behaviors of the disembodied spirit in the Land of the Gods, it served as the most important repository of religious authority for some three thousand years. Chapters were carved on the pyramids of the ancient 5th Dynasty, texts were written in papyrus, and selections were painted on mummy cases well into the Christian Era. In a certain sense it stood behind all Egyptian civilization.In the year 1888, Dr. E. Wallis Budge, then purchasing agent for the British Museum, followed rumors he heard of a spectacular archeological find in Upper Egypt, and found in an 18th Dynasty tomb near Luxor "the largest roll of papyrus I had ever seen, tied with a thick band of papyrus, and in a perfect state of preservation." It was a copy of the Egyptian Book of the Dead, written around 1500 B.C. for Ani, Royal Scribe of Thebes, Overseer of the Granaries of the Lords of Abydos, and Scribe of the Offerings of the Lord of Thebes.This Papyrus of Ani, a full version of the Theban recension, is presented here by Dr. Budge, who later became perhaps the world's most renowned Egyptologist. Reproduced in full are a clear copy of the Egyptian hieroglyphs, an interlinear transliteration of their sounds (as reconstructed), a word-for-word translation, and separately a complete smooth translation. All this is preceded by an introduction of more than 150 pages. As a result of this multiple apparatus the reader has a unique opportunity to savor all aspects of the Book of the Dead, or as it is otherwise known, The Book of the Great Awakening.

Sir Ernest Alfred Wallis Budge was born in Cornwall in 1864. The Egyptian Book of the Dead is abridged from his translation and introduction to the original work. Wallis-Budge was the Director of Egyptian and Assyrian Antiquities at the British Museum at the turn of the 19th century and is the author of numerous books on the subject. He died in 1924.

1. The Egyptian Book of the Dead

2. The Egyptian Book of the Dead Budge, E. A. Wallis