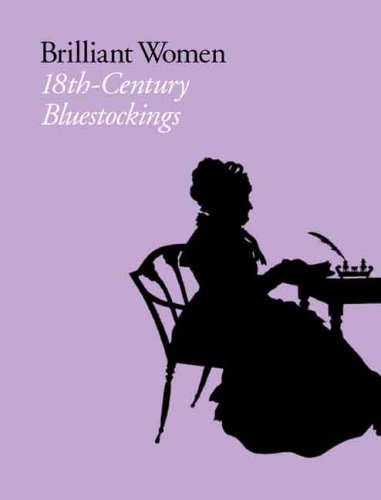 During the 18th century a remarkable group of women formed the Bluestocking Salon, where women and men met to debate contemporary ideas and promote the life of the mind. Together, these cultural innovators helped forge new roles for women as influential thinkers, writers, and artists, and their creative achievements were publicly celebrated.

Richly illustrated with portraits, prints, and personal artifacts, Brilliant Women tells the story of this fascinating group of women. The authors chart the changing fortunes of the female intellectual and explore how a number of bluestocking women, such as artist Angelica Kauffmann, historian Catharine Macaulay, and early feminist Mary Wollstonecraft, used portraiture to advance their work and their reputations in a period framed by the Enlightenment and the French Revolution.

Brilliant Women pays tribute to the friendships and achievements of these bluestocking women, presenting new information on the range of cultural activities in which they were engaged, as well as celebrating their legacy.