Items related to The End of Byzantium

Harris, Jonathan The End of Byzantium

The End of Byzantium 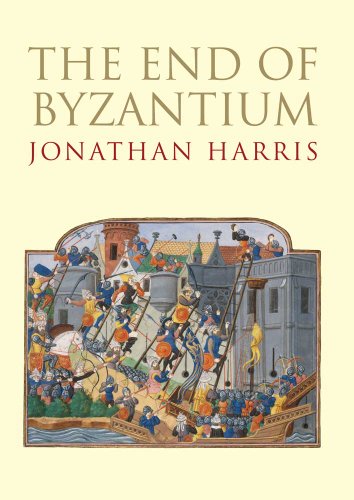 By 1400, the once-mighty Byzantine Empire stood on the verge of destruction. Most of its territories had been lost to the Ottoman Turks, and Constantinople was under close blockade. Against all odds, Byzantium lingered on for another fifty years until 1453, when the Ottomans dramatically toppled the capitals walls. During this bleak and uncertain time, ordinary Byzantines faced difficult decisions to protect their livelihoods and families against the death throes of their homeland. In this evocative and moving book, Jonathan Harris explores individual stories of diplomatic manoeuvres, covert defiance, and sheer luck against a backdrop of major historical currents, and he traces Byzantiums legacy through those emigrants and refugees who reached and influenced Italy, Russia, and beyond. Weaving together letters, chronicles, travellers accounts, and other little-known archival documents, Harris dispels the myth of constant warfare between Islam and Christianity in the Middle Ages and offers a new perspective on the real reasons behind the fall of this extraordinarily fascinating empire.

A welcome and highly readable treatment of one of the most important events in world history a fine work of scholarship. [Jonathan Harris] handles his subject with narrative momentum and descriptive flair, and he never loses sight of the humanity involved in these twilight years of a once great empire.' --Norman Housley, author of 'Fighting for the Cross'

Jonathan Harris is Reader in Byzantine History, Royal Holloway, University of London. His research interests lie mainly in the later period of Byzantine history (1100-1453) and in the interaction between Byzantium and Western Europe, especially during the Crusades and the Italian Renaissance. His previous books include Byzantium and the Crusades and Constantinople: Capital of Byzantium.

1. The End of Byzantium

2. The End Of Byzantium

3. The End of Byzantium

4. THE END OF BYZANTIUM

5. The End of Byzantium