Items related to Blood Sport: Hunting in Britain Since 1066

Blood Sport: Hunting in Britain Since 1066 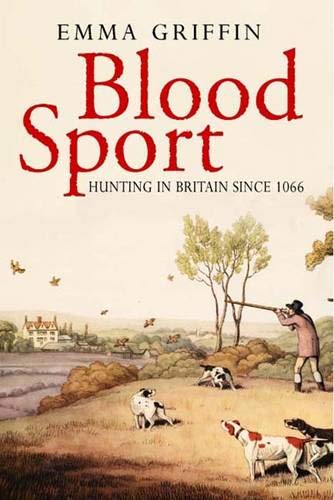 Nearly a decade of fiercely divisive debate over foxhunting in Britain culminated with passage of the Hunting with Dogs Act of 2004. But the battle over the future of hunting is not yet resolved, and polarizing right-or-wrong debates continue undiminished. This lively book recounts the long and colorful history of hunting in Britain and offers a fresh perspective on today's conflicts. Since William the Conqueror declared wild animals royal property and thereby provoked a burning hatred among his subjects, hunting of all kinds has been a source of social conflict in Britain. The sport is deeply entwined with questions of land and power, class divisions, and social mores. Blood Sport explores these large themes, brings them alive with surprising details and vignettes, and considers how hunting traditions have affected British national identity. Bringing the discussion fully up to date, the book concludes with a thought-provoking critique of current hunting controversies.

"...an even-handed overview rich in scholarship and ripe with detail at all levels of the social scale." -- Times, November 17, 2007

"As Emma Griffin exposes in her new book, 'hunting is every bit as much about the land and power as it is about the morality'. She explains how hunting as an upper-class sport was imported by William the Conqueror and how the concentration on stag hunting collapsed after the English Civil War and the shrinking of wild spaces in Britain." -- Birmingham Post, October 27, 2007

"Emma Griffin's forensic account of the history of hunting on these isles is welcome, because its historical perspective and self-imposed boundaries allows her to place a different subject in its rightful context, stripping away much of the emotion and prejudice from an activity which has an unparalleled ability to divide opinion." -- Scotland on Sunday, October 28, 2007

'Emma Griffin has written a balanced and analytical history.' -- The Spectator, October 13, 2007

'Griffin presents a thorough account of the controversial sport which has been fraught with conflict and power struggles for years.'
-- The Herald, January 26, 2008

'Griffin's book commandds admiration because it attempts to be scrupulously fair. She is no friend of big-bag game shooting, and has no delusions about the demerits of both sides in the contemporary battle about hunting.' -- The Sunday Times, October 14, 2007

'Her thorough research enables Griffin to draw some poignant conclusions. One is that hunting can be many things -- from a means of obtaining food and clothing to a display of wealth and skill, and utilitarian to recreational - but ultimately a hunter's actions cannot be removed from the questions of land and power.' -- The Field, November 1, 2007

'Not only is her thorough and insightful book an endlessly fascinating piece of cultural history, of great interest even to those who might imagine that hunting is a subject of no relevance, but it's also quite scrupulously unbiased.' -- Literary Review, September 2007

Emma Griffin is lecturer in history, University of East Anglia. She lives in Nottingham, UK.