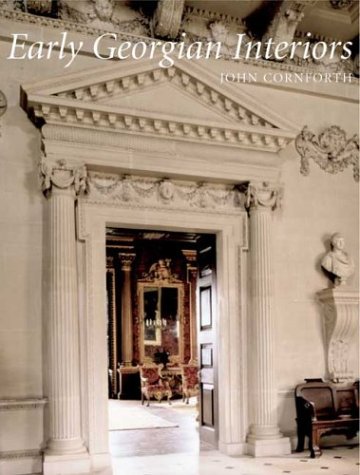 The interiors of the great country and town houses built in Britain in the eighteenth century were splendid creations, increasingly extravagant as fashions changed and aristocratic owners attempted to outdo one another. This gorgeous book surveys the decorative schemes of these houses, considering the combined effects created by design, furniture, textiles, silver, and artworks. John Cornforth, the foremost authority on British interiors of this era, covers a wide range of subjects. He discusses changing social practice and the uses to which rooms were put; the way that fashions in dress mirrored fashions in interiors; the impact of chinoiserie and eastern styles that became prevalent due to burgeoning trade; the primacy of upholstery in beds, curtains, wall hangings, seat furniture, and case covers; the influence of decorator William Kent; and the ways that collections of art were integrated into designs. And he concludes with detailed case studies of eight preeminent country houses. Engagingly written and generously illustrated, this book is certain to appeal to anyone who maintains, restores, or enjoys visiting historic houses.

John Cornforth has been the architecture editor for Country Life magazine for many years. He has also acted as architectural consultant to the National Trust, the Victoria and Albert Museum, and numerous private owners.