Items related to Malevich and Film 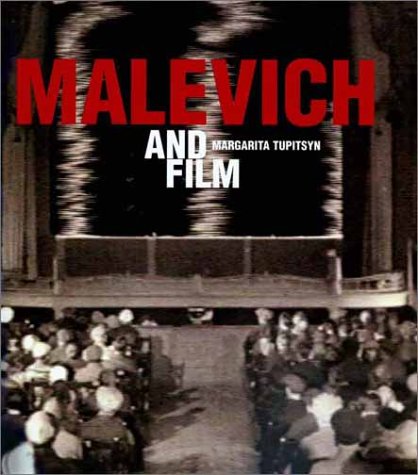 Russian painter Kazimir Malevich (1878-1935), unlike other prominent Soviet artists, has not been much considered in discussions of the contributions of the avant-garde to photography and film. Yet a close examination of theoretical and practical aspects of Malevich's oeuvre not only places him fully in the Soviet post-abstract discourse on these media but also, Margarita Tupitsyn argues in this analysis, alters the accepted view of his post-Suprematist period. Exploring Malevich's involvement with film, Tupitsyn draws on little-known writings about cinema by the artist himself, and many photographs and documents. Malevich's influence on 20th-century art extends far more widely than has been claimed for him before, the author concludes. The work begins with a re-evaluation of Malevich's most famous painting, "Black Square", a work whose meaning and function was in constant flux. Through "Black Square" Malevich began to cross the bridge from the painting medium to mechanically-generated production, ultimately influencing the post-revolutionary phase of his Suprematism and leading to his abandonment of abstraction in the late 1920s. Tupitsyn discusses in detail Malevich's writing about the cinema, the cinematic qualities of some of his works, and the significant impact of Malevich's thought and work on Russian, European and American artists of the 1920s and 1930s as well as the post-war period.

Margarita Tupitsyn is an independent scholar and curator specialising in Soviet art history.