Items related to Scramble For Africa 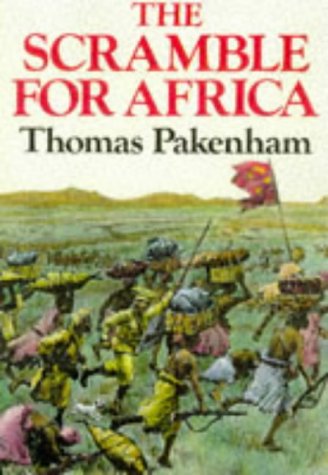 The Scramble for Africa astonished everyone.

In 1880 most of the continent was ruled by Africans, and barely explored. By 1902, five European Powers (and one extraordinary individual) had grabbed almost the whole continent, giving themselves 30 new colonies and protectorates and 10 million square miles of new territory, and 110 million bewildered new subjects.

Thomas Pakenham¿s story of the conquest of Africa is recognised as one of the finest narrative histories of the last few decades. We are given arresting vignettes of the main players. Lord Derby, protesting at ¿this absurd scramble¿; the Belgian Emperor King Leopold II grabbing and ruthlessly exploiting the rubber deposits in the Congo; and Prince Otto von Bismarck casually munching on prawns at the Congress of Berlin while determining the fate of millions.

Book Description Hardback. Condition: Good. The book has been read but remains in clean condition. All pages are intact and the cover is intact. Some minor wear to the spine. Seller Inventory # GOR011629797

Book Description Hardback. Condition: Very Good. The book has been read, but is in excellent condition. Pages are intact and not marred by notes or highlighting. The spine remains undamaged. Seller Inventory # GOR005418413

3. The Scramble for Africa

Book Description Hardcover. Condition: Very Good. Scramble For Africa This book is in very good condition and will be shipped within 24 hours of ordering. The cover may have some limited signs of wear but the pages are clean, intact and the spine remains undamaged. This book has clearly been well maintained and looked after thus far. Money back guarantee if you are not satisfied. See all our books here, order more than 1 book and get discounted shipping. Seller Inventory # 7719-9780297819943

Book Description Hardcover. Condition: Used; Good. **Simply Brit** Shipped with Premium postal service within 24 hours from the UK with impressive delivery time. We have dispatched from our book depository; items of good condition to over ten million satisfied customers worldwide. We are committed to providing you with reliable and efficient service at all times. Seller Inventory # 1579590

Book Description Hardcover. Condition: Very Good. Shipped within 24 hours from our UK warehouse. Clean, undamaged book with no damage to pages and minimal wear to the cover. Spine still tight, in very good condition. Remember if you are not happy, you are covered by our 100% money back guarantee. Seller Inventory # 6545-9780297819943