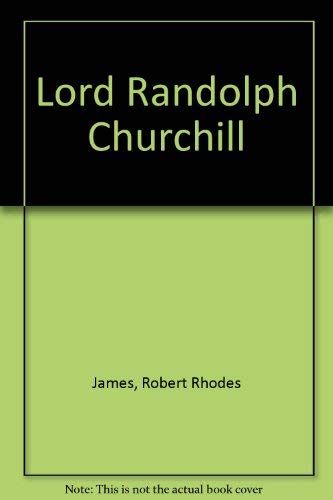 Lord Randolph Churchill, father of Sir Winston, was influential in the Conservative Party at a young age. By 37 he seemed destined to be Prime Minister, but his career ended after a miscalculation in 1886. This is a portrait of his personality and a picture of British politics in its heydey.

Book Description Hardback. Condition: Good. The book has been read but remains in clean condition. All pages are intact and the cover is intact. Some minor wear to the spine. Seller Inventory # GOR004649852

Book Description Weidenfeld and Nicolson, 1969. Condition: Good. 0th Edition. Shows some signs of wear, and may have some markings on the inside. Seller Inventory # GRP57307984