Items related to Medieval Studies and the Ghost Stories of M. R. James

Medieval Studies and the Ghost Stories of M. R. James 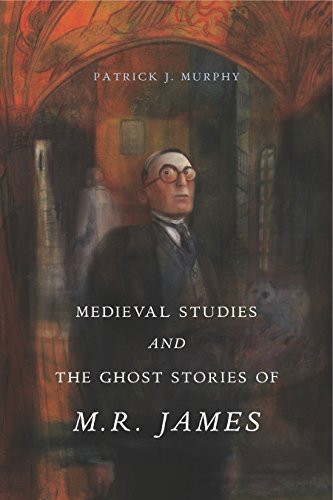 Montague Rhodes James authored some of the most highly regarded ghost stories of all time-classics such as "Oh, Whistle, and I'll Come to You, My Lad" that have been adapted many times over for radio and television and have never gone out of print. But while James is best known as a fiction writer and storyteller, he was also a provost of King's College, Cambridge, and Eton College, and a legendary and influential scholar whose pioneering work in the study of biblical texts and medieval manuscripts, art, and architecture is still relevant today. In Medieval Studies and the Ghost Stories of M. R. James, Patrick J. Murphy argues that these twin careers are inextricably linked. James's research not only informed his fiction but also reflected his anxieties about the nature of academic life and explored the delicate divide between professional, university men and erratic hobbyists or antiquaries. Murphy shows how detailed attention to the scholarly inspirations behind James's fiction provides considerable insight into a formative moment in medieval studies, as well as into James's methods as a master stylist of understated horror. During his life, James often claimed that his stories were mere entertainments-pleasing distractions from a life largely defined by academic discipline and restraint-and readers over the years have been content to take him at his word. This intriguing volume, however, convincingly proves otherwise.

"Any Jamesian will be surprised at how much new light Murphy casts on these eerie tales of revenants and demons."

"For anyone interested in James, the scholar, this book is an essential read; it presents much that is new, is fascinating throughout, and offers perceptive analysis of James's unparalleled wisdom in the field."

"In this thorough, eloquent, and convincing study, Patrick Murphy sheds important new light on one of the most renowned medievalists of the early twentieth century and on the means by which the Middle Ages continue to remake, and be remade by, popular culture."

--Karl Fugelso, editor of the journal Studies in Medievalism

"This book goes further than any other in making sense of M. R. James's dual identity as a medieval scholar and a ghost-story writer. In elucidating some of the hidden meanings in James's classic ghost stories, Patrick Murphy makes ingenious connections between antiquarian fiction and the emergence of medieval studies in the early twentieth century."

--Shane McCorristine, author of The Hand of Glory: Folklore, Crime, and Fiction

"There are some seminal studies that have shed light on the genesis and development of medieval studies: Ulrich Wyss's work on Jacob Grimm, Tom Shippey's on J. R. R. Tolkien, and Michelle Warren's on Joseph Bédier. Patrick Murphy's book completes these other studies by telling the story of M. R. James, a fascinating medievalist forefather working at the exact moment of transition from English antiquarianism and extra-academic medievalist enthusiasms to a medieval studies almost entirely exclusive of writers, artists, and musicians. Murphy's meticulously researched narrative provides ample proof that both enterprises, the creative and the scholarly reception of medieval culture, should not be viewed as mutually exclusive but richly symbiotic."

--Richard Utz, president, International Society for the Study of the History of Medievalism

"Until comparatively recently, the prevailing critical consensus on James's fiction could be characterised by Julia Briggs's insistence that, though masterfully entertaining and obviously the work of a learned scholar, his tales were superficial edifices with little to offer the serious literary critic. Perhaps paradoxically, in resolutely laying bare the sheer elusiveness of James's fictions--their absolute refusal to settle into one final 'meaning'--Murphy has fashioned a rich, allusive study, which demonstrates just how fertile a field for theoretical and historical enquiry these endlessly fascinating tales can be."

"Demonstrates a kind of scholarly curiosity that one hopes M. R. James himself would have approved."

"This book is a pleasure to read: beautifully written and presented. It is never less than thoroughly eloquent."

"The very best part of this book is the way in which both authors--Patrick Murphy and M. R. James--unravel puzzles that others have avoided or perhaps not even recognized as significant. Readers will admire the scholarship behind the solving of these puzzles and will also take great pleasure in following Murphy's line of reasoning, which reveals what the subtle scholar-storyteller James is after. Reading this book is like following the adventures of those on a quest, or the unraveling of clues in a really good mystery novel."

1. Medieval Studies and the Ghost Stories of M. R. James