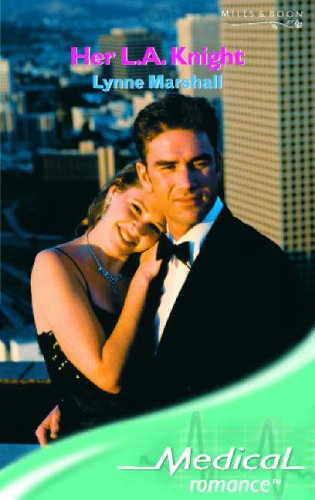 China Seabury needs a host for her latest charity event. It looks as if she's going to have to grit her teeth and ask for help from the ER Department's infamous playboy, Dr Ric Morell. Ric now has the chance to persuade the one woman in the ER who hasn't fallen at his feet to give him a second look.

Lynne used to worry she had a serious problem with daydreaming, then she discovered she was supposed to write those stories! A late bloomer, she came to fiction writing after her children were nearly grown. Now she battles the empty nest by writing stories which alwaysinclude a romance and often medicne, but always storiesstraight from her heart.She is a Southern California native, a woman of faith, a doglover, and a curious traveller.

Book Description -. Paperback. Condition: Very Good. Her L.A. Knight (Medical Romance) (Mills & Boon Medical) This book is in very good condition and will be shipped within 24 hours of ordering. The cover may have some limited signs of wear but the pages are clean, intact and the spine remains undamaged. This book has clearly been well maintained and looked after thus far. Money back guarantee if you are not satisfied. See all our books here, order more than 1 book and get discounted shipping. Seller Inventory # 7719-9780263852295