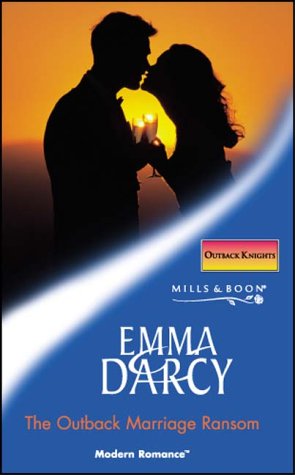 Once they were Outback bad boys. Now they're rich, powerful men . . . At sixteen, Ric Donato wanted Lara Seymour - but they were worlds apart, and frustration pushed Ric into rebellion. Years later he's a city tycoon and he can have anything he wants . . . Or can he? When Lara comes back into Ric's life she's more desirable than ever - and just as far out of his reach. Living a glamorous life with another man, Lara seems to have it all. But she's living a lie, and Ric knows it. He's determined to save Lara and he'll do whatever it takes - kidnap her . . . marry her!

Ric's ready to claim Lara. But despite his success and wealth, she seems just as unattainable as ever. How can he persuade her? By doing what a bad boy would do–kidnap her and make her his bride!

Initially a French/English teacher, Emma Darcy changed careers to computer programming before the happy demands of marriage and motherhood. Very much a people person, and always interested in relationships, she finds the world of romance fiction a thrilling one and the challenge of creating her own cast of characters very addictive.