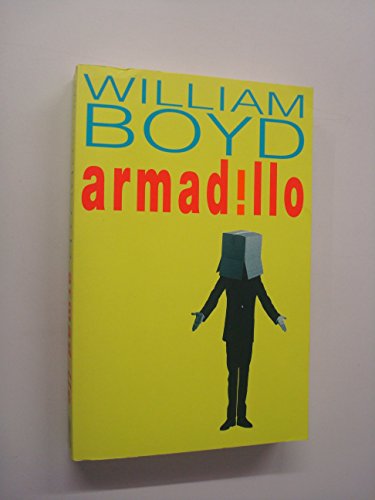 Lorimer Black goes to keep a perfectly routine business appointment and finds a hanged man. His life is turned upside down and inside out. To compound matters, he falls in love with a married actress and his job degenerates remorselessly.

A novel that is truly comic, and, like all true comedy, also disturbing (Scotsman)

Armadillo doesn't miss a trick. It has depth and resonance which will make you want to read it again . . . zinging readability (Mail on Sunday)

A joy to read: east to get into, addictively plotted and beautifully written (Daily Mail)

Book Description Hamish Hamilton, London, 1998. br.cop.fig. a col. Condition: NUOVO. Lorimer Black goes to keep a perfectly routine business appointment and finds a hanged man. His life is turned upside down and inside out. To compound matters, he falls in love with a married actress and his job degenerates remorselessly. cm.15x23,5, pp.310, London, Hamish Hamilton 1998, cm.15x23,5, pp.310, br.cop.fig. a col. Testo in Inglese - Text in English. Seller Inventory # 264346

Book Description Hamish Hamilton Ltd, 1998. Paperback. Condition: New. New, sealed. This book is in stock now, in our UK premises. Photos of most of our books are available - please ask, as dustjacket and cover illustrations vary, and unless the accompanying image is marked 'Bookseller Image', it is an Abebooks Stock Image, NOT our own. Overseas buyers also note that shipping rates apply to packets of 750g and under, and should the packed weight of an item exceed this we reserve the right to ship via 'Economy', or request extra postage prior to fulfilling the order, or cancel. Seller Inventory # mon0000112462