Items related to A Guide to Life: AND "The Best Bits" by Mike...

A Guide to Life: AND "The Best Bits" by Mike Bullen and Geoff Tibballs 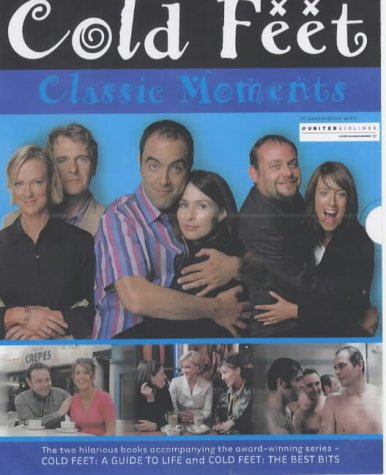 Brought together for the very first time are two highly successful Cold Feet books that remind us just what it is about the series that we love so much. In Cold Feet: A Guide to Life we enter the curious world of the key Cold Feet characters. Drawing on the hilarious scripts of Mike Bullen, remember Rachel's sexual fantasy being enacted a shop window in Manchester. Relive Adam and Pete's clubbing exploits and David and Karen marital ups and downs. Ever wondered what Rachel does for a living and why on earth Karen ever married David in the first place? Fully illustrated with stills from the show A Guide to Life captures the essence of this awardwinning drama and the true nature of the sometimes tragic but mostly hilarious relationship between men and women. Punctuated with Cold Feet lists and trivia this is a hilarious insight into the characters that make up the show. Cold Feet is chock-full with great and hilarious moments - be it our shared pain in Adam's appearance with a rose between his lower cheeks, or our toe-curling embarrassment at David's efforts at marital guidance. In Cold Feet: The Best Bits, there are the very best of the highlights from the pilot and first two series, chosen by the people best equipped to judge. Revealing what really goes on behind-the-scenes filming Cold Feet, and explaining exactly why a scene really works for them, the cast production team and series creator Mike Bullen give a rare insight into what makes this award-winning drama such a sensational hit.

Mike Bullen is the award-winning creator of Cold Feet who admits that the characters in the series are all based on friends of his and his own life experience. He now has two children and lives near Bristol. For A Guide to Life, Mike Bullen talked to Jonathan Rice and for The Best Bits, he and the cast talked to Geoff Tibballs.