Items related to The Treasures of Beethoven

John Suchet The Treasures of Beethoven

The Treasures of Beethoven 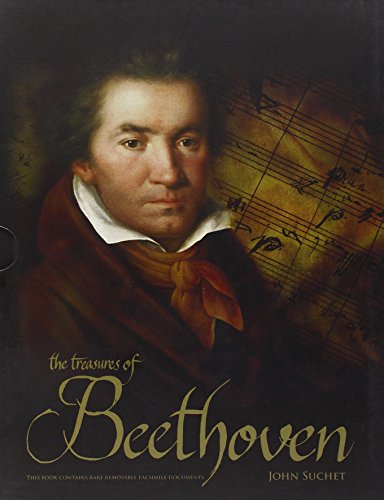 This concise and beautifully illustrated assessment of Beethoven's life and work offers an excellent introduction to one of the world's most popular composers. Illuminating the obstacles that beset Beethoven throughout his life, not least his profound deafness, it shows how his genius overcame the difficulties he faced to provide his audiences and successive generations with some of the most glorious music the world has known. Augmented by the inclusion of 10 removable facsimile documents, the book shows how Beethoven's life veered between the fascinating and the frustrating.

John Suchet is a former television newscaster who began his career as a journalist with Reuters News Agency. He now presents a regular show on the UK's Classical FM radio station. John has written a trilogy on Beethoven called The Last Master, and was the series consultant on BBC 2's acclaimed television series, The Genius of Beethoven. He is an Honorary Fellow of the Royal Academy of Music and has his own website on Beethoven, www.madaboutbeethoven.com. He lives in London in the UK.

1. THE TREASURES OF BEETHOVEN