Items related to Visual and Other Pleasures: Updated Second Edition... 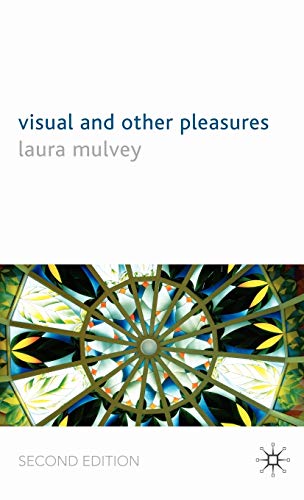 This is a new edition of Laura Mulvey's groundbreaking collection of essays, originally published in 1989. in an extensive introduction to this second edition, Mulvey looks back at the historical and personal contests for her famous article Visual Pleasure and Narrative Cinema, and reassesses her theories in the light of new technologies.

Visual and Other Pleasures This new edition of Laura Mulvey's first collection of essays contains a new introduction in which she re-assesses her essay "Visual Pleasure and Narrative Cinema." Full description

'The continuing importance of Mulvey's work is confirmed in this edition of Visual and Other Pleasures with its new introduction and final chapter. They provide an account of a personal and political history of feminism and feminist theory of film and visual culture for which her contribution has been determining.' - Stephen Heath, Professor of English and French Literature and Culture, Jesus College, University of Cambridge, UK

'A lucid and poignant look back at the British film culture of the 1970s and '80s – Hollywood and the avant-garde, feminism and psychoanalysis – from the present of digital and electronic new spectatorships.' - Teresa de Lauretis, Professor of the History of Consciousness, University of California, Santa Cruz, USA

'Laura Mulvey's Visual and Other Pleasures set a new agenda for all the humanities. Mulvey's new edition is a crucial and fascinating revision and will be read avidly by scholars and students alike.' - Maggie Humm, author of The Dictionary of Feminist Theory, Feminism and Film and Modernist Women and Visual Cultures

'These essays have remained remarkably fresh, not least because they betray a deep love of cinema, even at their most critical. At the same time, they document an important juncture in our history with cinema, as that cinema itself - the cinema of the twentieth century - is being reborn as history.' – Miriam Hansen, Ferdinand Schevill Distinguished Service Professor in the Humanities, University of Chicago, USA

2. Visual and Other Pleasures (Hardback)

5. Visual and Other Pleasures (Hardback)

6. Visual and Other Pleasures (Hardback)

8. Visual and Other Pleasures