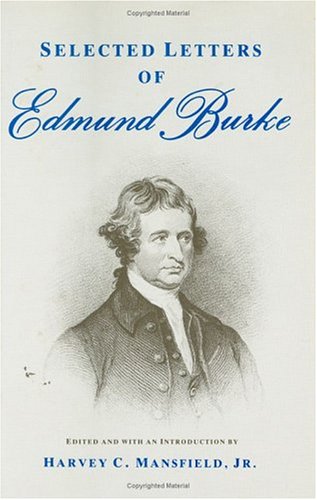 Edmund Burke (1729-97) was a British statesman, a political philosopher, a literary critic, the grandfather of modern conservatism, and an elegant, prolific letter writer and prose stylist. His most important letters, filled with sparkling prose and profound insights, are gathered here for the first time in one volume. Arranged topically, the letters bring alive Burke's passionate views on such issues as party politics, reform and revolution, British relations with America, India, and Ireland, toleration and religion, and literary and philosophical concerns.

Harvey C. Mansfield is the William R. Kenan Jr. Professor of Government at Harvard University. Political philosopher and author, he is acknowledged as a leading translator of Machiavelli.