Items related to A Hundred Doors 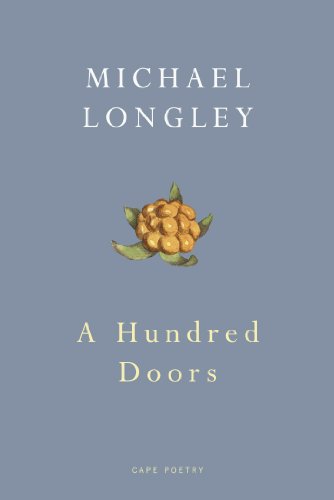 Michael Longley has remarkable powers of reinvention. Certain themes remain constant - the natural world, war, violence, love, friendship, art, death - but they also keep changing because the forms and genres of his poetry never stand still. In A Hundred Doors a sinuous short line complements his variations on pentameter and hexameter. And Longley's interlacing of individual lyrics, so that a diverse collection seems a single poem, intensifies in the shadow of mortality.

A sequence about his grandchildren's births is counterpointed by elegies, including Longley's continuing elegy for the Great War dead. The Mayo townland, Carrigskeewaun, with its cast of leverets, otters, swans, wrens, lesser twayblade and bird's-foot trefoil, also takes on fresh guises. Longley is among Europe's foremost 'ecological' poets. Yet Carrigskeewaun is ultimately symbolic, a microcosm, a 'soul-arena'.

A Hundred Doors roams in time and space. The title-poem evokes the oldest Byzantine church in Greece: Our Lady of a Hundred Doors on the island of Paros. The remains of a Greek temple 'ache' beneath its floor. Wild orchids, which crop up in Greece and the Italian Garfagnana as well as Ireland, are among the collection's multiple 'doors'. Others are music and paintings, 'cloudberry jam from Lapland', a Shetland pony. This is work of power, precision and delicacy: poems that 'bend and magnify the daylight', poems by a master craftsman.

"One of the finest lyric poets of our century" (John Burnside)

"Michael Longley is a lyric poet with perfect pitch. His formal elegance seems effortless...he is a master in an old, great tradition" (Elaine Feinstein The Times)

"In his truest and most enduring poems, Longley manages, in Yeats's words, to hold justice and reality in a single thought without doing violence to either. The many poems in which Longley succeeds in this aim are among the great poems of our time" (David Wheatley Guardian)