Items related to Shalimar The Clown 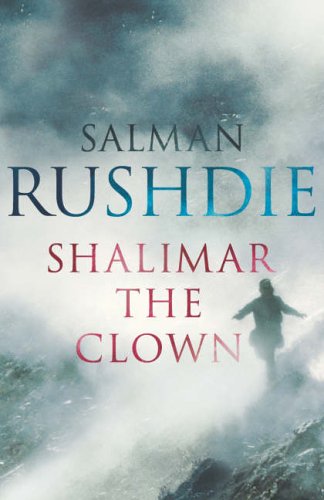 This is the story of Max, his killer, and his daughter - and of a fourth character, the woman who links them, whose story explains them all. The story of a deep love gone fatally wrong, destroyed by a shallow affair, it is an epic narrative that moves from California to France, England, and above all, Kashmir. At its heart is the tale of that earthly paradise of peach orchards and honey bees, of mountains and lakes, of green-eyed women and murderous men: a ruined paradise, not so much lost as smashed.

Lives are uprooted, names keep changing - nothing is permanent, yet everything is connected. Spanning the globe and darting through history, Salman Rushdie's majestic narrative captures the heart of the reader and the spirit of a troubled age.

'Rushdie combines the wonder of fairy tale with the grittiness of hard, political realism'. -- The Observer

'Rushdie is back on tip-top form with his inimitable high-octane prose.' -- Tatler Magazine

'Rushdie's greatest novel since 'The Satanic Verses'... There are few writers who can pull off such an act...transparent, extraordinary writing.' -- Los Angeles Times

'Shalimar the Clown finds [Rushdie]...writing at his best.' -- Evening Standard

'Shalimar...dramatises the fusion of personal calamity and - legitimate - political complaint into a volatile, and deadly, mixture of motives.' -- The Independent

'The book is a rare highwire act, a literary thriller.' -- Financial Times Magazine

'This is masterful fiction, to be sure, but, also and especially, all too real.' -- Newsweek International

'a magical-realist masterpiece that equals, and arguably surpasses, the achievements of 'Midnight's Children', 'Shame' and 'The Moor's Last Sigh'.' -- Kirkus

‘a book about the dark side of storytelling...reminds us that nationhood and identity are not one and the same’. -- David Robinson, The Scotsman

Book Description PAPERBACK. Condition: New. Book Cover and ISBN may be different from US edition but contents as same US Edition. Excellent Quality, Service and customer satisfaction guaranteed! We may ship the books from Asian regions for inventory purpose. Our courier service is not available at PO BOX. Seller Inventory # abe_9780224061612

Book Description Joathan Cape, UK, 2005. Hardcover. Condition: New. Dust Jacket Condition: New. First Edition, First Impression. An excellent as-new/unread copy in mint condition - Rushdie's finest novel for years. Please visit my on-line store at Analectabooks! Los Angeles, 1991. Maximilian Ophuls is knifed to death on the doorstep of his illegitimate daughter India, slaughtered by his Kashmiri driver, a mysterious figure who calls himself Shalimar the Clown. The dead man is a World War II Resistance hero, a man of formidable intellectual ability and much erotic appeal, a former United States ambassador to India, and subsequently America's counter-terrorism chief. The murder looks at first like a political assassination but turns out to be passionately personal. This is the story of Max, his killer, and his daughter - and of a fourth character, the woman who links them all. The story of a deep love gone fatally wrong, destroyed by a shallow affair, it is an epic narrative that moves from California to France, England, and above all, Kashmir: a ruined paradise, not so much lost as smashed. Signed by Author(s). Seller Inventory # 000188