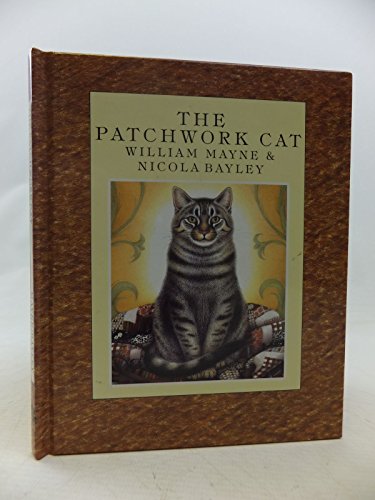 Set of three childrens' books from the illustrator, Nicola Bayley. Born in Singapore, Bayley earned a degree in illustration at the Royal College of Art. At her degree show, she caught the eye of the publisher Tom Maschler, who commissioned her to illustrate a book of nursery rhymes. She has since illustrated dozens of children's picture books, most of which involve cats. In fact, Richard Adams wrote "The Tyger Voyage" specifically to show off Bayley's talent for painting cats. Her work has won several awards, including Best Illustrated Children's Book of the Year from British Book Awards and a nomination for a Kate Greenaway Medal. Also included in this boxed set are, "The Patchwork Cat" by William Mayne, and "La Corona and the Tin Frog" by Russell Hoban.

A collection of "The Patchwork Cat", "La Corona and the Tin Frog" and "Tyger Voyage", presented in a boxed format. Each book has a separate jacket.

Book Description Hardback. Condition: Very Good. The book has been read, but is in excellent condition. Pages are intact and not marred by notes or highlighting. The spine remains undamaged. Seller Inventory # GOR004467422

Book Description Hardback. Condition: Good. The book has been read but remains in clean condition. All pages are intact and the cover is intact. Some minor wear to the spine. Seller Inventory # GOR002104444

3. The Nicole Bayley Collection : The Patchwork Cat, La Corona and the Tin Frog, the Tyger Voyage