Items related to Dance To A Dolphin's Song: The Story of a Quest...

Dobbs, Horace Dance To A Dolphin's Song: The Story of a Quest for the Magic Healing Power of the Dolphin

Dance To A Dolphin's Song: The Story of a Quest for the Magic Healing Power of the Dolphin 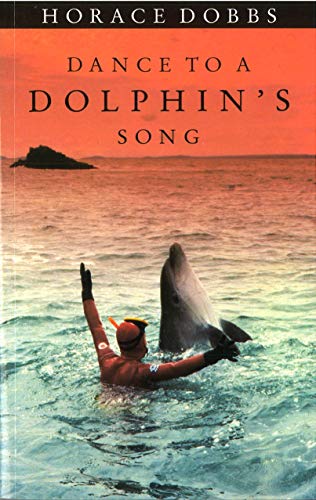 After studying dolphins for many years, Dr Horace Dobbs came to the conclusion that these highly intelligent mammals were using their brains in a way that could benefit human beings. To test his theory he decided to step outside the confines of his scientific training and film an experiment for television.

That film, "The Dolphin's Touch", records how he invited three people suffering from different forms of stress and depression to swim with a wild dolphin off the Irish coast. In the case of the middle-aged man the encounter had a dramatic effect, while the outlook of two younger participants improved significantly. For Dr Dobbs they served to confirm other similar transformations and persuaded him that it might be possible, through video film and audio tapes of dolphin song, to bring the healing power of dolphins to anyone unable to experience it at first hand. The result leaves, he argues, little room for doubt that dolphins can generate a sense of well-being in people.

In this book the author conveys not only the joy to be experienced when cavorting in the sea with a wild dolphin, he also provides clues to the mental dexterity and perception of one of the smallest of the whale family.

Horace Dobbs gained his PhD at London University and was elected a Fellow of the Royal Society of Medicine. He founded the Oxford Underwater Research Group and is now the director of International Dolphin Watch - a world-wide organisation for the study and conservation of dolphins.

1. DANCE TO A DOLPHIN'S SONG

2. DANCE TO A DOLPHIN'S SONG