Items related to The Good Terrorist 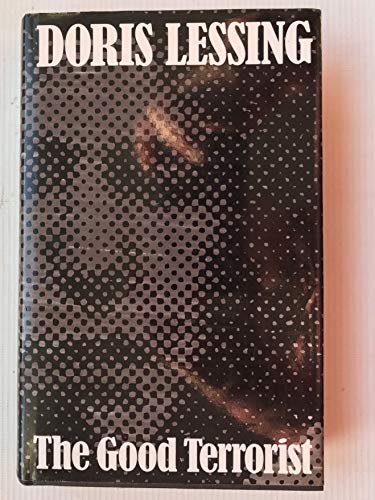 A political novel for the late twentieth century.

‘In “The Good Terrorist” we are in the world of the subsidized sub-culture of the Marxist groupuscules of contemporary Britain...Lessing has a wit, an indignation and a narrative agility which leave few left-wing sacred cows unscathed...hugely enjoyable.’ Sunday Times

‘Doris Lessing writes about the parts other novelists cannot reach. This is a totally absorbing, subtly observed, complicated and stimulating novel.’ Observer

‘“The Good Terrorist” is a work of acute intelligence, incisive and compelling...it shows Doris Lessing at her mature best.’ Listener

‘Doris Lessing has changed the way we think about the world.’ Blake Morrison

‘Thank goodness for Doris Lessing. While the rest of us flounder about noisily in the muddy waters of life, she never fails to expose with startling clarity the essential folly of our dreams and good intentions.’ Kate Chisholm, Evening Standard

‘She’s up there in the pantheon with Balzac and George Eliot. We’re lucky she’s still writing.’ Lisa Appignanesi, Independent

In a London squat a band of bourgeois revolutionaries are united by a loathing of the waste and cruelty they see around them as they try desperately to become involved in terrorist activities far beyond their level of competence.

Only Alice seems capable of organising anything. Motherly, practical and determined, she is also easily exploited by the group and ideal fodder for a more dangerous and potent cause. Eventually their naïve radical fantasies turn into a chaos of real destruction, but the aftermath is not as exciting as they hoped. Nonetheless, while they may not have changed the world, their lives will never be the same again.

"Doris Lessing's portrait of this confused band of comrades is masterly and meticulously truthful. Humorous, ironic and sharp."
'Sunday Telegraph'

4. The good terrorist Lessing, Doris May