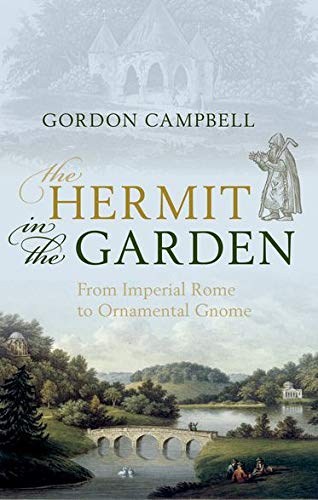 Garden hermits have always been a reproach to luxury and a fascination for voyeurs. They are back in the news because their history has just been set out brilliantly by the distinguished historian, Gordon Campbell. (Robin Lane Fox, Financial Times)

This compelling book is meticulously researched and well written, and superbly produced with excellent photographs and illustrations. (Garden Design Journal)

Gordon Campbell is extremely knowledgeable on garden history and for the hermitage-bibber his book will be a valuable guide. (The Oldie)

[A] gripping detective story, wonderfully written and illustrated, with an astonishing conclusion. Unmissable. (The Tablet)

[A] succinct and fascinating history ... Although scholarly, it is written in a relaxed, non-academic style and is enlivened by a nicely dry humour. (Peter Parker, The Spectator)

[A] rollicking new history...a book for the enrichment of all our lives. (The Daily Telegraph)

The delicious subtitle of this fine little study - From Imperial Rome to Ornamental Gnome - catches its tone perfectly. Gordon Campbell treats the topic with the seriousness and attention to detail one expects of a scholar, but he never falls into the academic's trap of assuming his readers are would-be hermit scholars. (Country Life)

[An] engaging study of one of the oddest fads in garden design. (Charles Elliott, Literary Review)

[An] intriguing book. (The Lady)

1. The Hermit in the Garden

2. The Hermit in the Garden

3. HERMIT IN THE GARDEN C

Book Description Condition: New. Brand New Original US Edition.We Ship to PO BOX Address also. EXPEDITED shipping option also available for faster delivery.This item may ship fro the US or other locations in India depending on your location and availability. Seller Inventory # AUDUU-38665

4. The Hermit in the Garden: From Imperial Rome to Ornamental Gnome