Items related to British North America in the Seventeenth and Eighteenth... 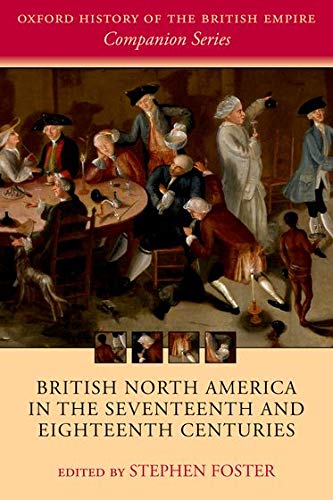 Until relatively recently, the connection between British imperial history and the history of early America was taken for granted. In recent times, however, early American historiography has begun to suffer from a loss of coherent definition as competing manifestos demand various reorderings of the subject in order to combine time periods and geographical areas in ways that would have previously seemed anomalous. It has also become common place to announce that the history of America is best accounted for in America itself in a three-way melee between "settlers", the indigenous populations, and the forcibly transported African slaves and their creole descendants.

The contributions to British North America in the Seventeenth and Eighteenth Centuries acknowledge the value of the historiographic work done under this new dispensation in the last two decades and incorporate its insights. However, the volume advocates a pluralistic approach to the subject generally, and attempts to demonstrate that the metropolitan power was of more than secondary importance to America in the seventeenth and eighteenth centuries. The central theme of this volume is the question "to what extent did it make a difference to those living in the colonies that made up British North America in the seventeenth and eighteenth centuries that they were part of an empire and that the empire in question was British?" The contributors, some of the leading scholars in their respective fields, strive to answer this question in various social, political, religious, and historical contexts.

this collection is a joy and a wonder ... Highly recommended. (CHOICE)

will be a stock feature of undergraduate and graduate reading lists for some time to come. (Simon Middleton, English Historical Review)

Stephen Foster received his PhD in History from Yale University in 1966 and taught in the history department of Northern Illinois University from 1966 to 2002, retiring as Distinguished Research Professor Emeritus. He has written three books of sole authorship and a large number of journal articles and book chapters on early American history and related aspects of Tudor-Stuart history. He is a Guggenheim fellow (1971-72) and has served as visiting editor of the major journal, The William and Mary Quarterly (1977-78).

2. British North America in the Seventeenth and Eighteenth Centuries